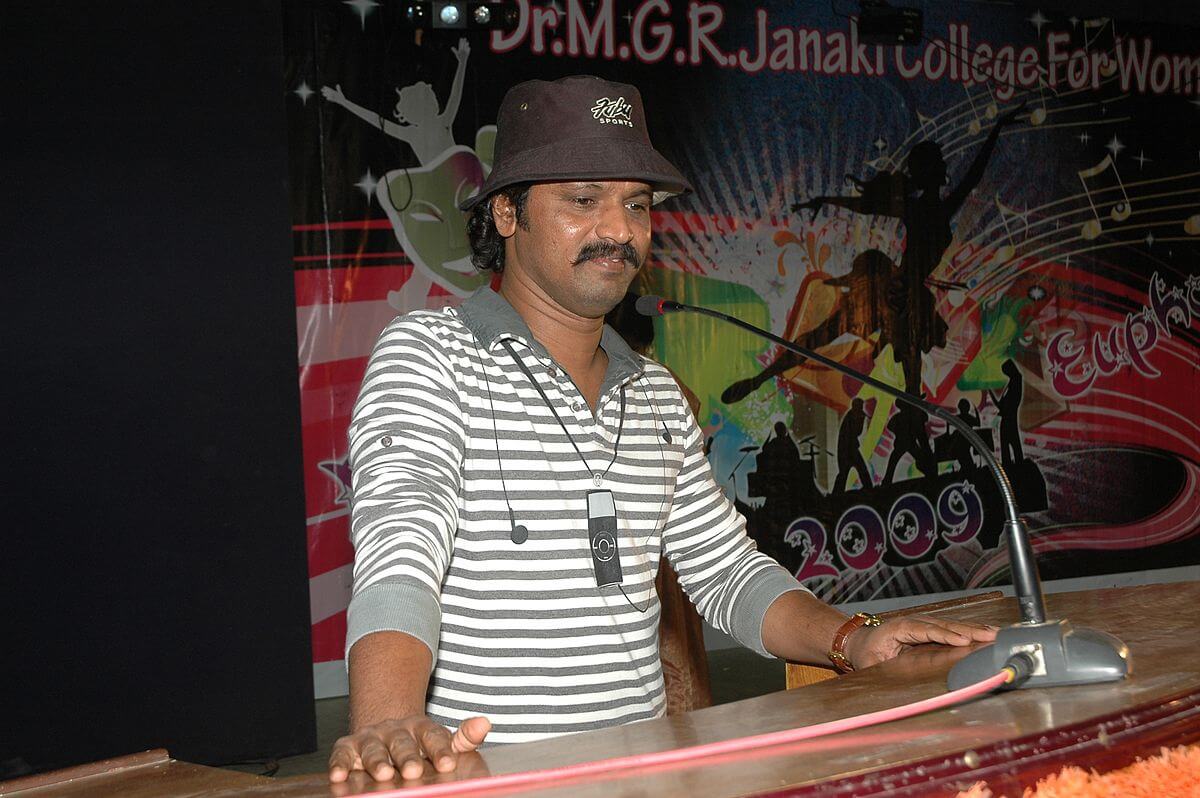 Cheran is an Indian movie actor and director, who predominantly works in the Tamil film industry. He made his directorial debut with the Kollywood movie “Bharathi Kannamma,” in the year 1997. For that movie, he also worked as a writer and actor. He is one of the contestants in the famous reality show Bigg Boss Tamil 3.

Cheran was born on 12 December 1965 in Melur, Madurai, Tamil Nadu. Cheran family is now residing in Chennai, Tamil Nadu, India. His father name is Pandian, a Projector Operator in Vellalur touring theatre and his mother name is Kamala, a primary school teacher. He has two sisters. Cheran married Selvarani and the couple has two daughters Nivedha Priyadarshini and Damini. After his graduation, he movie to Chennai to pursue his career in the film industry. In the beginning, he started to work as a Production Manager in movies.

In the year 1997, he made his directorial debut with the Tamil movie “Bharathi Kannamma,” starring Parthiban and Meena. Then he directed movies like Porkkaalam, Pandavar Bhoomi, and Vetri Kodi Kattu, which are his hat-trick successful films. From the Thangar Bachan‘s movie “Solla Marandha Kadhai,” he appeared as an actor. In the year 2004, he directed and acted in the movie “Autograph,” and the movie has four different cinematographers won the National Award. The movie was screened four times at the Montreal World Film Festival, Canada, and he shared the honour with Kamal Haasan and Maniratnam.

From the movie “Thavamai Thavamirundhu,” he proved his acting talent. In the following years, he acted, directed and produced the movies like Azhagai Irukkirai Bayamai Irukkirathu, Maya Kannadi, Aadum Koothu, Pirivom Santhippom, Raman Thediya Seethai, Pokkisham, Yuddham Sei and more. Cheran turned as a publisher for a Tamil novel Porum Valiyum (War & Pain). The author of this book is Savitri Advithanandhan and he dedicated that book to the people who were killed in the war at Sri Lanka.

How to Vote for Cheran in Bigg Boss Tamil 3?

If Cheran gets nominated for eviction, just follow the below steps to save him,

These are the listed of awards won by Cheran.