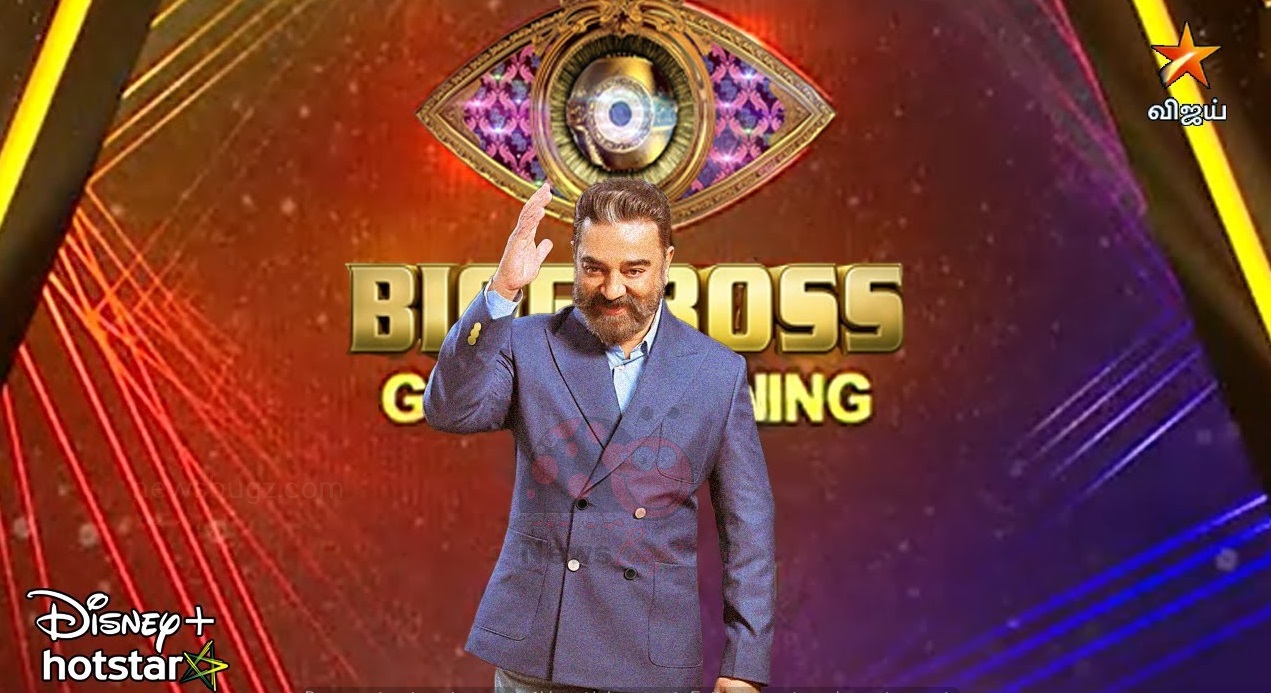 Watch Bigg Boss Tamil Season 5 Online (2021): Endemol Shine’s Bigg Boss Tamil Season 5 title winner was Raju Jeyamohan. It started by following all the COVID criteria and government rules. According to sources, the show might be streamed online like Bigg Boss OTT (Hindi) that airs on the Voot app. Watch all the latest episodes of Bigg Boss Tamil 5 on Star Vijay television and Disney+ Hotstar. The show started on October 3, 2021 (Sunday) at 6 PM (evening).

BB Tamil Season is hosted by actor-turned-politician Kamal Haasan. Bigg Boss Tamil show has reached all the nooks and corners of the state. The show is based on the voting process like its previous seasons. Aari Arjunan is the winner of the Bigg Boss Season 4, while Bala is the show’s runner-up. Aarav was the winner of Bigg Boss Tamil Season 1 and Rythvika bagged the next season’s title. Many celebrities confessed that they wish to participate in the Bigg Boss season 5.

Kamal Haasan tested positive for Covid-19 during the 6th week of the show. So, it was hosted by Ramya Krishnan.

There are two voting methods by which the viewers can cast votes for their favorite contestant. One is an Hostar App Voting, and the other is Missed Call Voting. The step-by-step procedure on “How to Vote for Bigg Boss Tamil Online through Hotstar?” has given below. The contestants who fail to convince the audience may eliminate from the show.

Disclaimer: The below poll is not official and it won’t affect the official public voting. This Bigg Boss Tamil Voting Poll is completely to know who is people’s favorite. Bigg Boss Tamil 5 Week 2 Nominations List.

Bigg Boss Tamil Season 5 episodes will be aired at 9:30 PM from Monday to Sunday for 100 days. Viewers can save their favorite contestants by casting their votes online through Hotstar App. You can also vote by giving a missed call to the numbers given below for each contestant. Watch the below space for Bigg Boss 5 Contestant Details, Bigg Boss Tamil Vote Eliminations Details, Voting Count and Results, Hotstar Vote, Contestants missed call numbers, and Winner.

How to Vote Bigg Boss Tamil Online on Hotstar App

For your queries on “How to Vote for Bigg Boss Tamil?” below are the answers:

Check out the complete details on Bigg Boss 5 Tamil Show,

On the Hotstar website or application, you will see the Vote button below the video when the Bigg Boss Tamil show is being telecasted. With that feature, you can vote to save your favorite Bigg Boss contestant in the Hotstar Web or Hotstar App.

The host, Kamal Hassan, will announce the Bigg Boss Tamil Vote Result of the elimination process during the weekend of the show. The result announcement is directly told to the Bigg Boss contestants by the host through the video, fondly called Aham TV by the Kamal. After the result has been announced, the person who receives lesser votes will be sent out.

In the final week of Bigg Boss, the channel Star Vijay Television will display the live vote count of individual contestants. The Bigg Boss Tamil vote counts will be clearly shown in intervals in Vijay TV at the bottom of the screen. Last season, Bigg Boss vote count was revealed that Riythvika received a huge 1.42 Crores+ Votes and Aishwarya with 69 Lakhs+ Votes. This shows how much people have shown their attention to this big show.

Bigg Boss winner is declared based on the voting process and he/she should be considered as the most disciplined and obedient contestant in the house.

The contestant should follow all the rules of the Bigg Boss house without committing any errors. He/She also should perform all the duties assigned to them.

The nomination starts on the first day in the house and the elimination will happen on its first weekend. The Bigg Boss Tamil elimination details will be updated on a weekly basis.

As we mentioned above, Bigg Boss Tamil show will be very interesting, and audiences will love to watch this reality show regularly. On this page, we will update the daily highlights, promos, and eliminated lists. You can also vote for your favorite Bigg Boss Tamil contestant here and check the voting count. Comment your opinion about the Bigg Boss Vote below and also say who you think will win Bigg Boss Tamil Season 5.