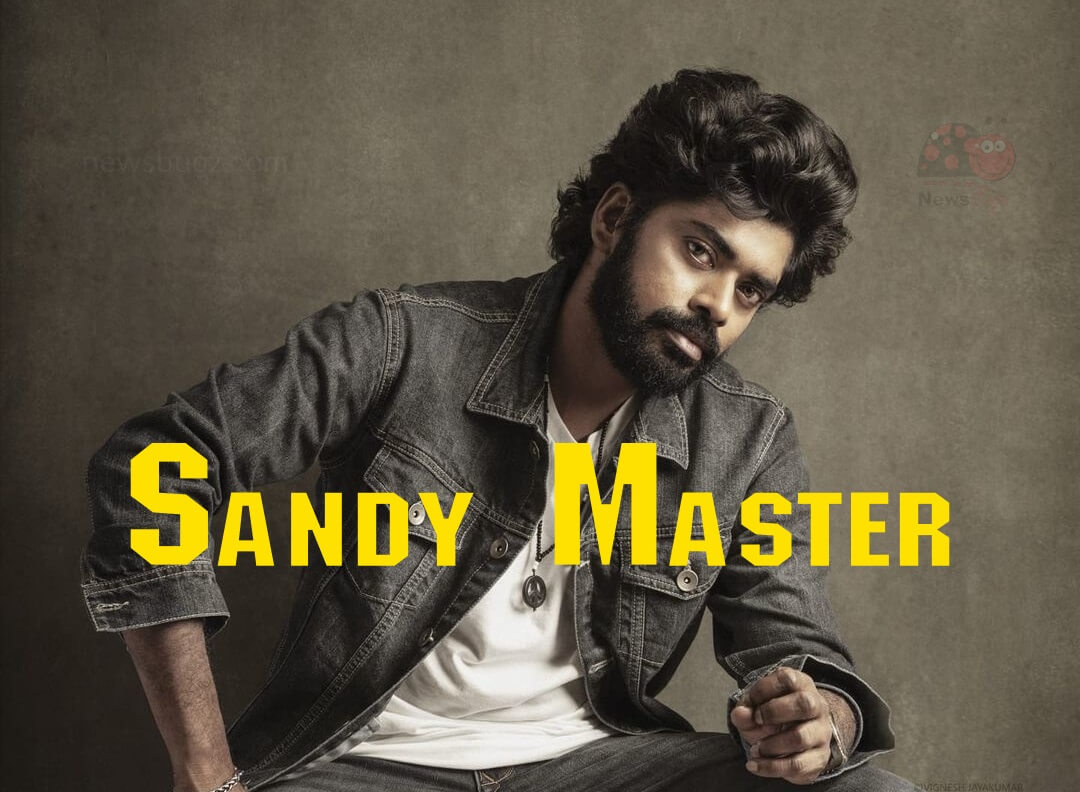 Sandy Master aka Santhosh Kumar is an Indian Dance Choreographer who made his debut through Manada Mayilada (Dance Reality Show) telecasted on Kalaingar TV. The show is directed by Kala Master. Kala Master is the Guru of Sandy and she gave him an opportunity to participate in the show as a choreographer. Sandy choreographed team won the title of the first season of Manada Mayilada. He is one of the contestants in the popular television reality show Bigg Boss Tamil Season 3 hosted by ulaganayagan Kamal Haasan on the channel Star Vijay TV. His recent music video Insta Instagram went viral on all social media platforms. In this video, he performed with the famous YouTuber Naksha Saran.

Apart from Choreography, Sandy is a great entertainer. He entertains the audience through his dance performance. He started entertaining with Mannada Mayillada. Later he moved to Vijay Tv and became a choreographer in Vijay TV. He became more famous after entering Vijay TV. He is the main choreographer for all Vijay TV functions. He is also a choreographer in Kannada and Telugu reality shows namely Kuniyona Bara and Challenge Show respectively.

Sandy master has also appeared as a judge in the Tamil Dance reality show “Kings of Dance” season 2 along with Jeffrey and Sheriff. Raju Sundaram’s master is the main judge and Sandy, Jeffrey and Sheriff will be assisting him. He has also owned three dance studios in his name and teaches regularly. Moreover, he regularly conducts dance workshop which is attended by various choreographers from all around the world. He was also a part of a great block buster movie Bahubali.

Check out the coolest dance videos, choreographed and performed by Sandy master.

Take a look at the latest photos of Sandy Master,