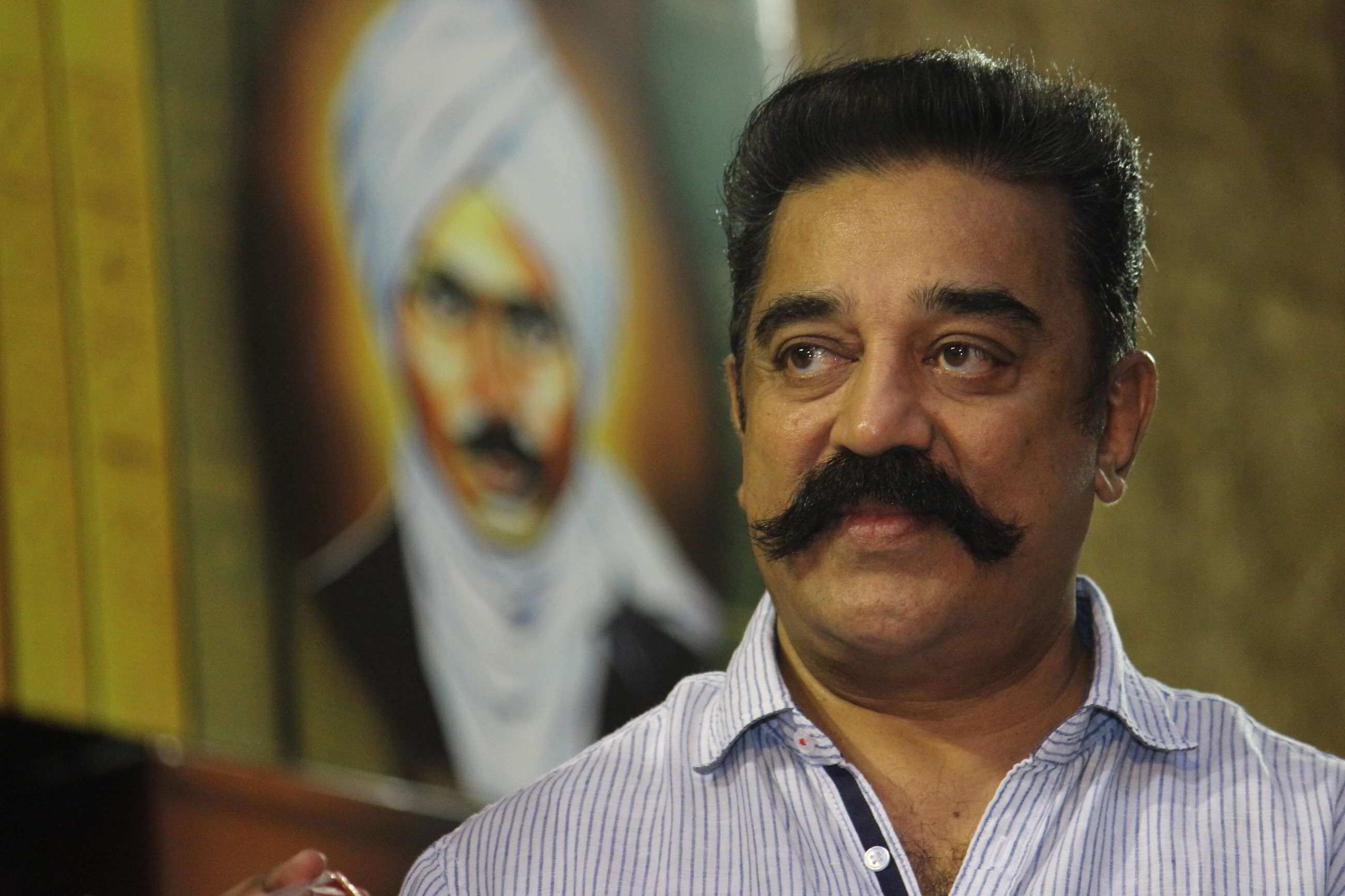 Kamal Haasan is an Indian film actor, director, screenwriter, producer, playback singer, lyricist, and philanthropist. He works primarily in Tamil cinema and debuted as a child artist in the film Kalathoor Kannamma, which was released in the year 1960. Since then, he has acted in nearly 200 films in the central Indian languages such as Tamil, Telugu, Kannada, Malayalam, Telugu, and Hindi. He has been a part of the film industry for 58 years, as of 2018. Kamal Haasan is the one and only Indian actor to win more than 18 Filmfare awards. He is fluent in Tamil, Malayalam, English, Hindi, Telugu, Bengali, Kannada, and French. His production company, Rajkamal International, has produced several of his films. Currently, he is hosting the big reality show Bigg Boss Tamil Season 2. He wrote and sang a song for his upcoming movie Vikram with Anirudh Ravichander.

Kamal Haasan was born on 7 November 1954 in Ramanathapuram, Tamil Nadu, India. His birth name was Parthasarathy. His Father D. Srinivasan is a Lawyer by profession while his mother Rajalakshmi is a housewife. Kamal has two brothers Chandrahasan and Charuhasan and one sister Nalini Raghu. He belongs to a Brahmin family by birth and he is an atheist. Kamal started his primary education in Paramakudi and continued his schooling in Santhome, Madras.

He was attracted to film and fine arts as encouraged by his father. His mother Rajalakshmi was a physician friend of Avichi Meiyappa Chettiar (AVM). M. Saravanan, a son of Avichi Meiyappa Chettiar recommended Kamal for their production film Kalathur Kannamma in the year 1959 as a child artist. In 1973, Kamal played a lead role in the film Arangetram.

In 1960, Kamal Haasan made his on-screen debut with the film Kalathur Kannamma as a child artist. From the period of 1959 to 1965, he featured as a child artist in several Tamil and Malayalam movies.

Kamal took seven years gap from films and returned back as assistant dance master to Choreographer Thankappan. Kamal made brief appearances in some films in a supporting role at the time.

In 1973, Director K. Balachander introduced Kamal into a fledged role in the film Arangetram. In the same year, he acted as an antagonist in the film Sollathaan Ninaikkiren with the director K. Balachander. He gave him a back to back chances in his films. In 1974, His first lead role was in Malayalam film Kanyakumari which the film receives critical acclaim and won him a Filmfare award.

Later K. Balachander’s Apoorva Raagangal made Kamal an established actor in Tamil Film Industry. In the late 90s, Kamal ruled the Kollywood box office with his back-to-back hits in box office along with his rival Super Star Rajinikanth.

Kamal has experimented a lot with his movies as Director, Screenplay writer, Dancer, Producer, Playback singer, Lyricist, and more. He is the first actor in Tamil cinema who worked for 50 years. He was honored with the show Kamal 50 which is organized and telecasted by Vijay Television. He has featured in nearly 200 films in the major Indian languages such as Tamil, Telugu, Kannada, Malayalam, Telugu, and Hindi.

In 2017, Kamal was roped with Vijay Television to host the most controversial reality show ‘Bigg Boss Tamil’. He used the show as his political platform and voiced his views on politics, life, and everything thought-provoking only in his films.

Kamal Haasan announces his party name on 21 February 2018 which is most awaited by the people of Tamil Nadu, especially by his fans. Named “Makkal Neethi Maiam” Kamal called his party’s name thrice after hoisting the party’s flag near the stage in Madurai along with Arvind Kejriwal, the Cheif Minister of Delhi.

In 1978, Kamal Haasan married dancer Vani Ganapathy and divorced after ten years. Later, he married an actress Sarika and start living together in 1988. Both married after the birth of their first child, Shruthi Haasan. Shruti Haasan is a leading actress in south India. Their younger daughter, Akshara, was assistant director for the film Vishwaroopam.

Later, the couple filed for divorce. After a year, Kamal lived with former actress Gautami Tadimalla who had starred with him in several films during the 1990s and from 2005 to 2016. Later, Gautami had announced on her blog that she had ended her relationship with him.

Check out the recent photos of Kamal Haasan,