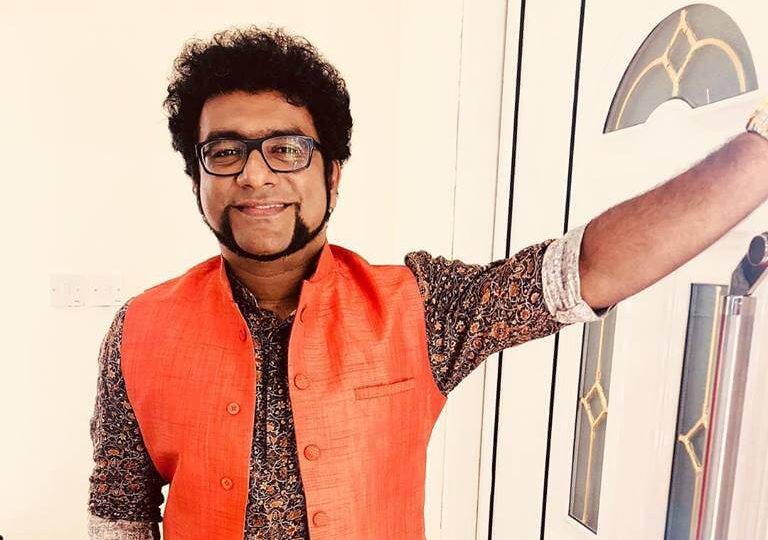 Haricharan is an Indian Vocalist, Playback singer and Musician, who mostly works in Tamil, Malayalam and Telugu film industries. He made his debut songs “Unakkena Iruppen”, “Thottu Thottu”, and “Kaadhal” along with Harini Sudhakar from the movie Kaadhal which is composed by Joshua Sridhar in the year 2004. Now he is working in various movies like Kannakkol, Abrahaminte Santhathikal, My Story and Sammohanam. Check out below for Haricharan Wiki, Biography, Age, Songs List, Family, Images and more.

Haricharan was born on 20 March 1987 in Chennai, Tamil Nadu, India. Haricharan grandfather is P. S. Ganapathy was an organiser of mic-less Carnatic concerts under the name “Aalapanaa” and his grandmother Smt. Alamelu Ganapathy who is the national award winner in Mathematics and she is been in academics for 35 years. Moreover, his father G. Seshadri is a B grade artist in AIR and who is a bank employee and his mother Latha is a librarian in P. S. Senior Secondary School. He did his schooling in  P.S.Senior Secondary School, Chennai and he did his graduation in Misrimal Navajee Munoth Jain Engineering College and Loyola college Pondicherry University. Then he started learning Carnatic music at the age of Seven under Smt. Sethu Mahadevan, and then from other stalwarts like K. V. Narayanaswamy, T. M. Prabhavathi and P. S. Narayanaswamy. Haricharan wife name is Pavithramala they both got married in 2013.

He started his music career in the year 2004, from the movie Kaadhal which is composed by the Music Director Joshua Sridhar at the age of 17 and in this movie he made three songs as the debut. Then his song “Unakkena Iruppen” was nominated for the National Film Awards in 2005, with that, he became widely popular among the people. Later he recorded various hit songs for different music directors across the south, predominantly in Tamil, Kannada, Telugu and Malayalam languages. Moreover, he became famous from the song “Thuli Thuli” and he is one of the playback singer mostly used by Yuvan Shankar Raja. He has also sung the Rotaract Change Anthem for RI Dist 3230. In the year 2012, he sang alongside Rajinikanth for the song “Maattram Ondrudhaan Maradhadhu” for the movie Kocadaiiyaan which is composed by A. R. Rahman and it is released in 2014.