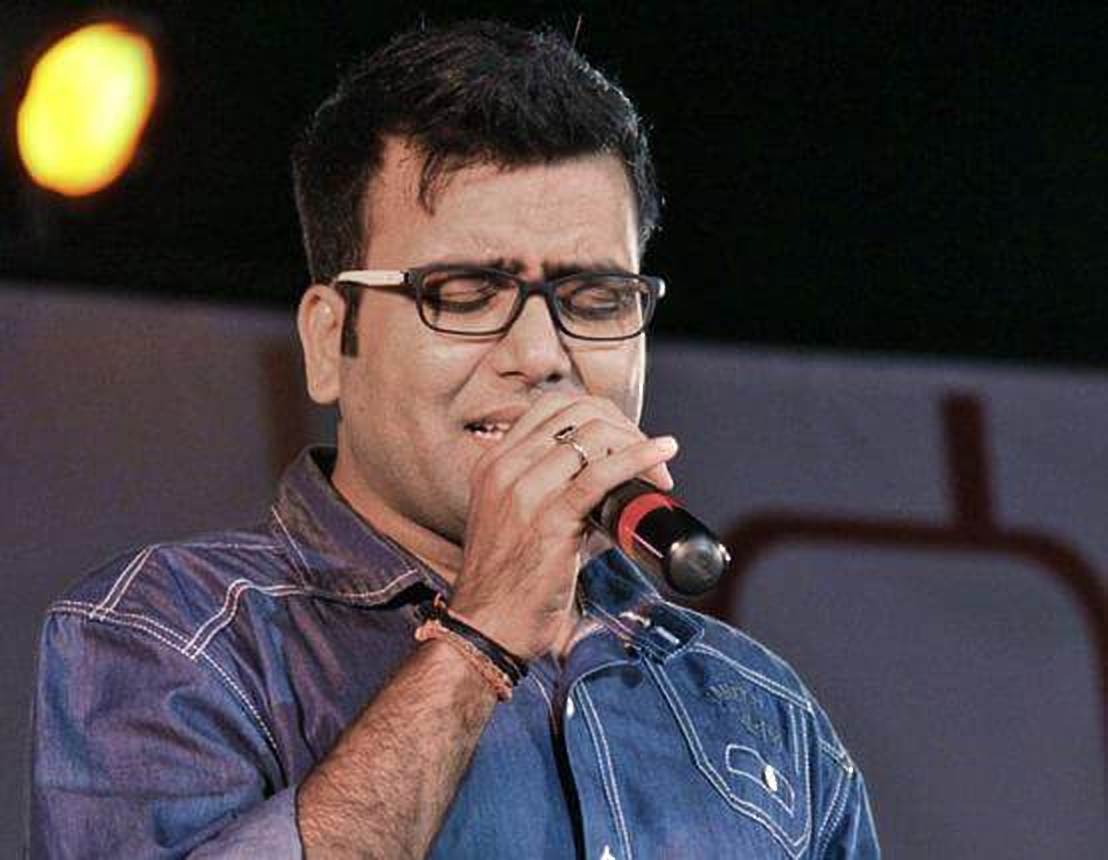 Tippu is an Indian playback singer who has sung over 4000 songs in various languages such as Kannada, Tamil, Telugu and Malayalam. He has sung many hit songs in his career. He has lent his voice for the films starring South Indian super stars like Dr. Vishnuvardhan and Rajinikanth. Check out below for Tippu (Singer) Wiki, Biography, Age, Movies, Songs, Albums, and More.

Tippu was born as Ekambaresh on 1 November 1978 in  Ponmalai, Tiruchirappalli, Tamilnadu, India. His father S. Lakshmi Narayanan is an entrepreneur and mother M. K. Meenakshi is a homemaker. He has two siblings, an elder sister Gayathri and a younger sister Nithya. Tippu did his schooling at the Kamaraj Matric School and completed at St. John’s Matriculation Higher Secondary School Tamil Nadu.

Tippu is married to playback singer Harini. The couple blessed with two children, a girl named Sai Smruti and a boy named Sai Abhyankar. He has sung 150 songs for Mastro Illayaraja and many songs for A.R. Rahman, Vidhyasagar, V. Harikrishna, Arjun Janya, DSP, S. Thaman and Harris Jayaraj. He is very famous for voice modulation and articulated rendition in all languages.

His combination with the popular Kannada music director V. Harikrishna has always topped the list.  Both have delivered hit songs like ‘Aakasha Ishta Aagideyo’ from Gaalipata, ‘Shiva Antha Hoguthidde’ from Jackie,  ‘Ley Ley’ from Raam, ‘Junglee Shivalingu’ from Junglee, ‘Edeyolage guitar’ from Only Vishnuvardhana; ‘Yaavanig Gothu’ from Paramaathma, ‘Hey hey Paaru’ from Raaj, most of them written by top lyricist, filmmaker Yogaraj Bhat.

Singer Tippu has given hit songs in Tamil also. His songs like ‘Enai Konjam’ from Kakha Kakha, ‘Girlfriend’ from Boys, ‘Raa Raa’ from Chandramukhi, ‘O Nanbane’ from Dil, have all topped the list. He has sung for many superstars of the film industry like Vijay, Vikram, Surya, and Others.