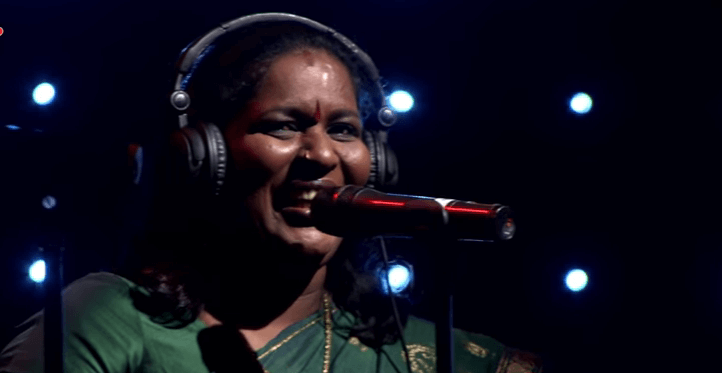 Chinnaponnu is an Indian folk singer who predominantly works in the Tamil film industry. She was born in Sivagangai, Tamil Nadu, India. She started her singing career at a young age by performing in temple festivals. She then joined the troupe of the folk artist Kottaisamy. Chinna Ponnu is one of the contestants in Bigg Boss Tamil Season 5 hosted by Kamal Haasan. The show airs on Star Vijay TV. You can watch all the latest episodes on Disney+ Hotstar.

Her voice grabbed the attention of K.A. Gunasekaran, who is the leading researcher on the folk arts and folk songs of Tamil Nadu. In the year 2004, she entered into the Tamil film industry as a playback singer from the song “Vazhthuren Vazhthuren” in the hit film Chandramukhi starring Rajinikanth and Jyothika.

In 2010, she won the Edition Award for the song “Theeka Theeka” for the movie  Suriyan Satta Kalluri and it is directed by S.S. Pandian. In the same year, she has also appeared as one of the artists for the theme song for the World Classical Tamil Conference 2010 which was composed by AR Rahman.

Check out the latest photos of singer Chinnaponnu,