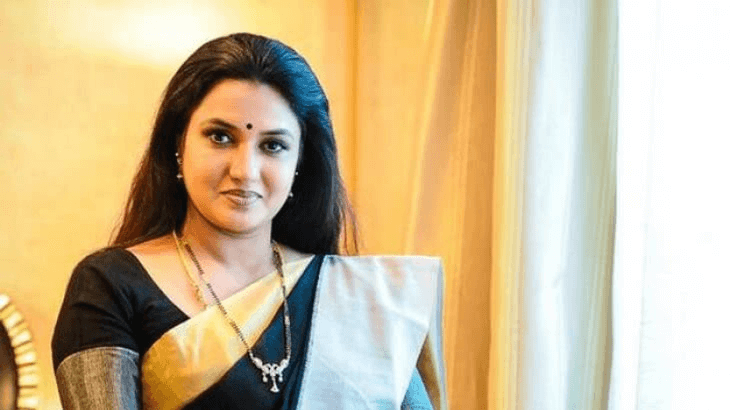 Sukanya is a veteran South Indian actress who predominantly works in Tamil and Malayalam film industry. Pudhu Nellu Pudhu Naathu is the first movie for Sukanya which was released in 1991 directed by Bharathi Raja. She also appeared in television serials and reality shows.

Sukanya was born in Chennai. She is the daughter of couple Ramesh and Bharathi. Sukanya married Sridharan Rajagopalan in 2002 but quickly the couple got divorced in 2003. The Tamil sentimental movie ‘Chinnagounder’ was her turning point in the acting career. The superhit serial ‘Anandham’ is her debut TV serial in 2003. She is one of the four judges T , Meena and Sangeetha. in the Sun TV reality show ‘Super Kudumbam‘.