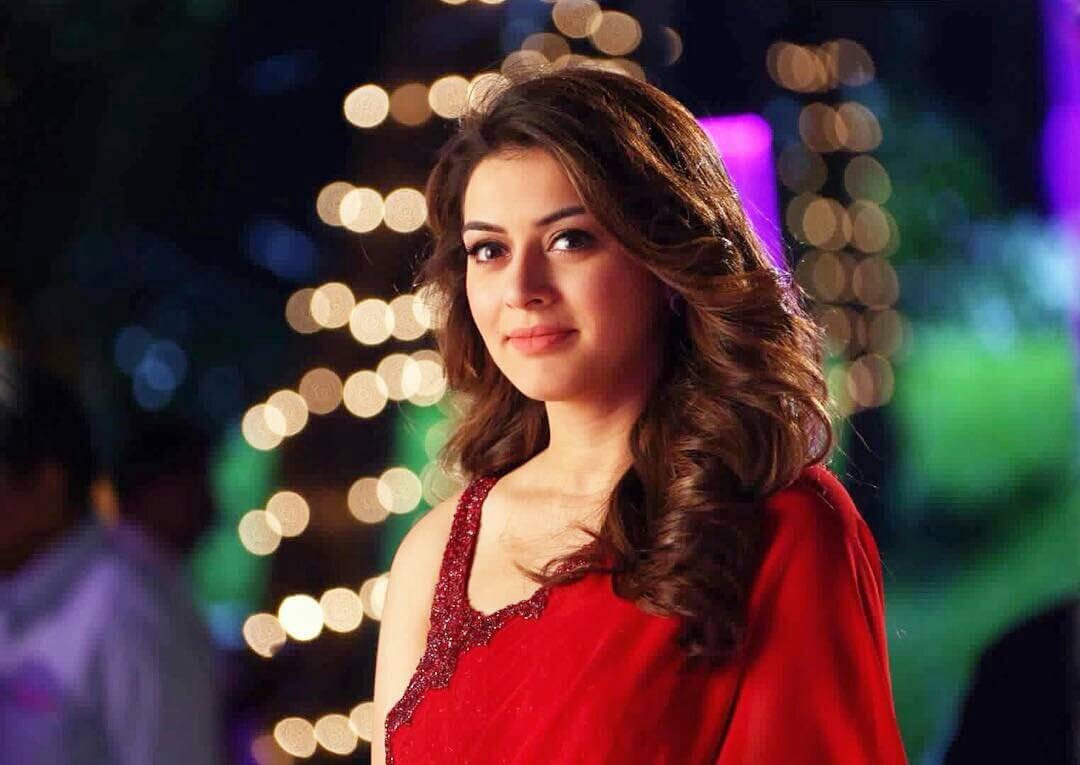 Hansika Motwani is an Indian movie actress, who predominantly works in Tamil film industry. She not only works for Tamil movies she used to feature in other language movies like Telugu, Malayalam and Hindi films. She made a surprise entry on Bigg Boss Tamil Season 4 (2020) hosted by Kamal Haasan. The show was aired in Star Vijay. Watch the latest episode of Bigg Boss Tamil online on Hotstar.

Hansika Motwani was born on 9 August 1991 in Mumbai, Maharashtra, India. Her father name is Pradeep Motwani who is a businessman and her mother name Mona Motwani, and she has a brother named Prashant Motwani. She did her schooling in Podar International School International Curriculum School in Santacruz, Mumbai and she did her graduation in International Curriculum School and college in Santacruz, Mumbai. She started her acting career in her childhood from the television serial Shaka Laka Boom Boom and then she featured in the Indian serial Des Mein Niklla Hoga Chand, and this serial she received  the Favorite Child Award at the Star Parivaar Awards, with that she appeared as one of the children in Koi Mil Gaya with Preity Zinta and Hrithik Roshan. She made her debut lead role at the age of 16 for the Telugu movie Desamuduru, which is directed by Puri Jagannadh where she appeared opposite to Allu Arjun, who earns the Filmfare Award for Best Female Debut – South. Then she made her debut Hindi movie Aap Kaa Surroor along with Himesh Reshammiya Then her first 2008 release movie is Bindass in this movie she starred with Puneet Rajkumar which is her only Kannada movie till now.

Hansika Motwani made her debut Tamil movie Mappillai in the year 2011 and in this movie she appeared opposite to Dhanush and her second movie is Engeyum Kadhal, starred opposite Jayam Ravi and in the same year she featured in the movie Velayudham starred with Vijay and in this movie first time she plays the role of a village belle. Then she featured in the M. Rajesh’s movie Oru Kal Oru Kannadi along with Udhayanidhi Stalin was received the positive reviews among the people. Then in the following years, she featured in the movies like Settai, opposite Arya, Sundar C‘s Theeya Velai Seiyyanum Kumaru, opposite Siddharth, Singam II starring Suriya and Venkat Prabhu’s Biriyani with Karthi. Later she appeared in the Sundar C’s horror movie Aranmanai 1 and 2 which is received critical acclaim among the people. Moreover, she used to involve in many philanthropic activities, with that, she offers some monetary support for the education of 25 underprivileged children. Then she is taking care of 10 womens who affected with breast cancer. She is also the brand Ambassador of the ‘Chennai turns Pink‘, an awareness program to create breast cancer awareness among urban women.

Check out the latest photos of actress Hansika Motwani,