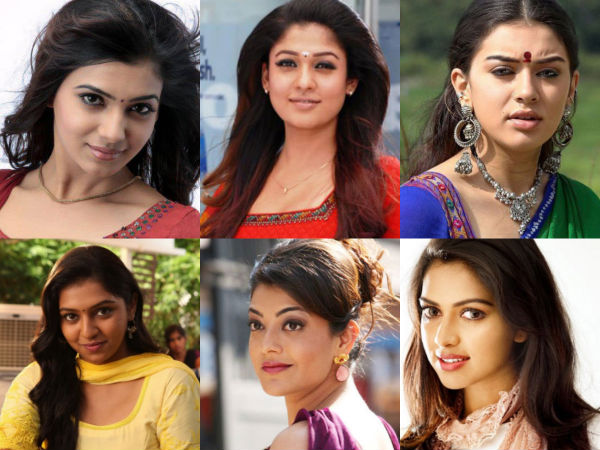 Kollywood is one of the world’s biggest movies industry. Tamil actresses are giving tough competition to the Bollywood divas in some bold photoshoots. Right from Illeana DCruz to Amala Paul, south Indian actresses have flaunted their beauty in many photoshoots. Here we have collected some stunning looks at the Top 10 Tamil film industry actresses of all time. (Source: Instagram)

Ramya Pandian is a popular Tamil actress featured in Aan Devathai, Joker, Raame Aandalum Raavane Aandalum, Nanpakal Nerathu Mayakkam, and more. She is also one of the contestants in Bigg Boss Tamil (Season 4). Her latest Instagram post wearing a black bralette has more likes and shares.

The actress slays in her bikni avatar in the Maldives during vacation. Amala Paul was also seen doing some bold roles in ott films and web series.

Actress Ileana D’cruz is raising the heat in bikni images. The 33-year-old actress shared some photos in which she is seen soaking up the sun in a swimming costume.

Amy Jackson looks a bit bold and desirable in Bikni photoshoots. She is too hot to handle, due to her sizzling attitude.

Samyuktha Hegde is an aspiring actress from Karnataka. She was seen in films like Kirik Party, Comali, Puppy, Manmatha Leelai, and more. She was seen flaunting her bikni body with much confidence.

Actress Raai Lakshmi shares a stunning picture of herself in a bikni, which has become viral among her fans and followers.

Raashi Khanna is one of the most sought-after actresses in the Tollywood industry. We all know that she has been regularly hitting the gym for a fit and toned body. Take a look at some pictures of Raashi Khanna slaying in bikni outfit.

Taapsee Pannu is one of the most versatile actresses in the Indian film industry. Along with a terrific performance, she is also establishing herself as a hot diva by making us swoon with her hot personality on the latest bikni images.

Poonam Bajwa has grabbed everyone’s eyeballs with her sizzling pics. She is a prominent actress known for her works in Tamil, Malayalam, Telugu, and Kannada.