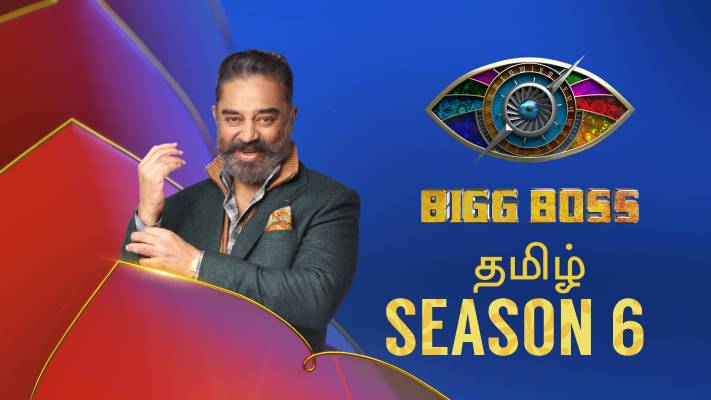 With the new season, here come celebrities from the Kollywood film & television industry, and social media influencers to entertain the audience in the Bigg Boss Tamil House. The list of Bigg Boss Tamil 6 contestants will be updated here.

Bigg Boss Tamil 6 Online Vote can be done through the Hotstar app. People can also cast the vote through the missed call or vote online through the official links. The votes are counted periodically every weekend, and the lowest vote receiver will eliminate from the show. Users can check the “Hot to vote Bigg Boss Tamil Season 6 online” links on Disney plus Hotstar.

Bigg Boss Tamil digital series is hosted by universal hero Kamal Hasan for several seasons. After some speculations, he withdrew from the host position in Bigg Boss Ultimate Season 1, and it’s taken over by actor Silmbarasan.

According to sources, Kamal Haasan will be hosting the sixth season of Bigg Boss. His recent blockbuster Vikram movie has collected over 400 crores worldwide. He also bankrolling some projects under the RKFI banner.