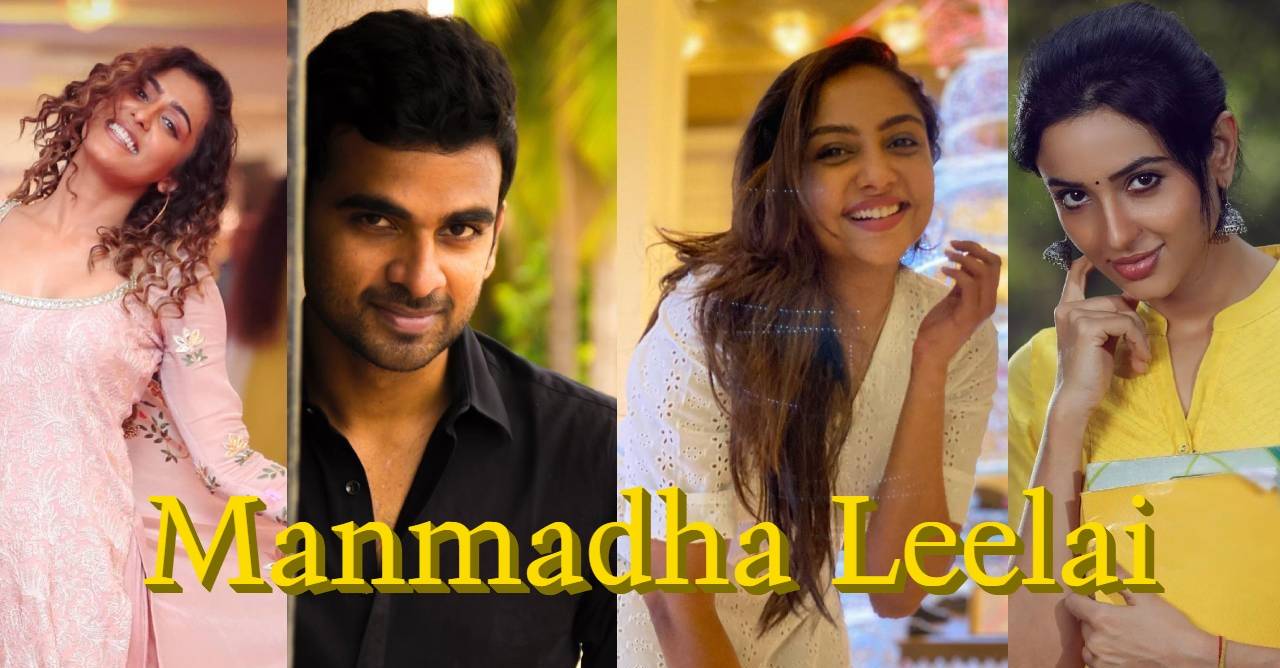 Manmadha Leelai aka Manmatha Leelai is the latest romantic comedy-drama written and directed by Venkat Prabhu. Ashok Selvan plays the important role in the film and shares screen space with Samyuktha Hegde, Smruthi Venkat, and Riya Suman in major roles. It is bankrolled by Muruganantham under the Rock Fort Entertainment banner in association with Black Ticket Company. Manmatha Leelai was released on 1st April 2022 (Friday).

Actor Premgi Amaran composes the music tracks, sounds, and all songs for the film. While Thamizh Azhagan cranks the camera. As the title implies the plot revolves around Ashok Selvan who takes the playboy character in the film with fun, exciting and thrilling black comedy sequences. The movie comes in a bilingual format including Tamil, Telugu.

Here is the main cast list of the Manmatha Leelai movie 2022,

An announcement on Manmatha Leelai movie ott release date will be made soon. According to sources, the film was bagged by Netflix (Not Yet Confirmed). The movie streams online only after 15 days of its theatrical release. After the sizzling trailer of the film, people are eager to watch Venkat Prabhu’s quickie. Stay tuned with NEWSBUGZ.COM to know where to watch Manmatha Leelai movie online.

Check out the official posters and stills of Manmatha Leelai Film,

INTERESTING! Dhanush makes Robo Shankar and Madurai Ramar as LEAD in his next directional