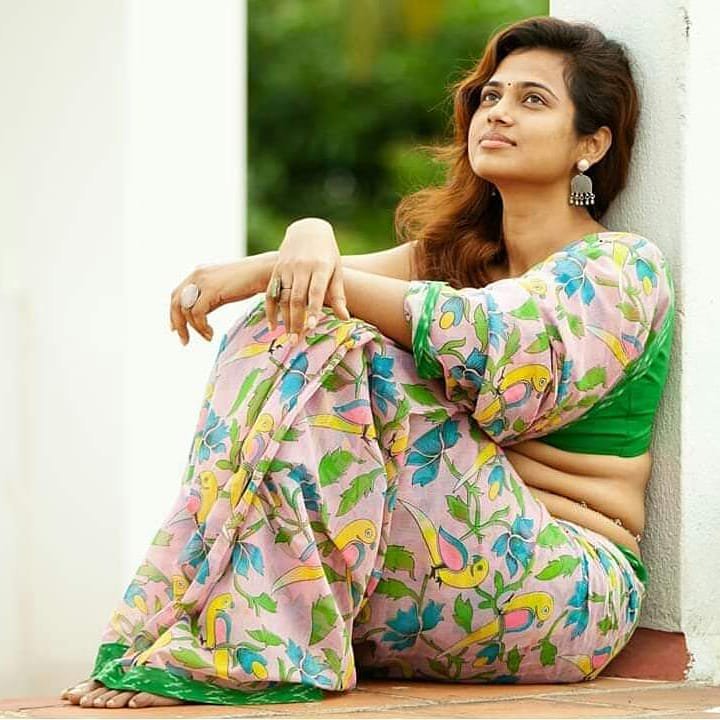 Ramya Pandiyan is an Indian film actress who predominantly works in Tamil film industry. She made her acting debut in Tamil short film ‘Maane Theyne Ponmaane’. Ramya came to limelight after she portrays a role of Malliga in the 2016 Tamil film Joker. Her performance was lauded by critics.

She then acted in films like ‘Koondhalum Meesaiyum’, and ‘Dummy Tappasu’. Her debut reality television show is Cooku with Comali which aires on Vijay TV. Ramya is a good model. Her uncle is an actor turned politician Arun Pandian and her cousin sister is a rising actress Keerthi Pandian. She was seen in television shows like Cooku with Comali, Kalakka Povathu Yaaru Season 9.

Ramya Pandiyan was born on 13 August 1990 in Tirunelveli, Tamil Nadu, India. She completed her schooling at Pushpalatha Matric Higher Secondary School, Tirunelveli, and did her higher studies in design concepts to medicine and biology for healthcare purposes. She earned a Bachelors Degree from Biomedical Engg at Anna University, Guindy, Chennai. After graduation, she entered film industry and doing some short films with her friends.

In 2016, she was spotted by the director Raju Murugan and gave her an opportunity to do an important role in the Tamil political satire film Joker. Her performances were lauded by critics and she was nominated for several awards. She then acted in the film like ‘Koondhalum Meesaiyum’, and ‘Dummy Tappasu’. Her latest photoshoot in saree goes viral on social media.

Check out some latest photoshoot pics of actress Ramya,