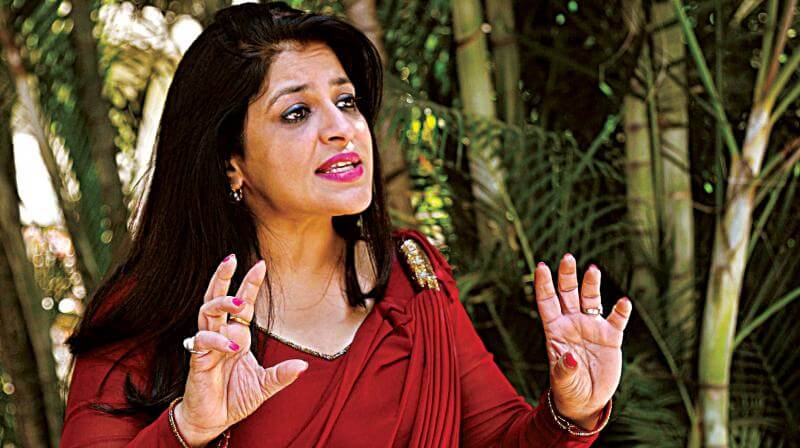 Shazia Ilmi is an Indian politician and social worker. She is one of the former National Executive members of the Aam Aadmi Party (AAP) but left the party in May 2014. Now, She is a core member of Bharatiya Janata Party. She was previously a television journalist, correspondent and anchor at Star News. She got actively involved in India Against Corruption movement led by Anna Hazare in 2011 and 2012. In the Jan Lokpal movement, she led a media campaign for an anti-corruption bill to institute an ombudsman. Check out below for Shazia Ilmi (Politician) Wiki, Biography, Age, Family, Husband, AAP, Images, and More.

Shazia Ilmi was born was born in 1970 into a Kanpur-based Muslim family. Her father was the founder and editor of ‘Siyasat Jadid’, the Kanpur-based Urdu newspaper. Ilmi is the youngest of four brothers and two sisters. She did her schooling at St. Mary’s School at Kanpur and also in Nainital. She attended St. Bede’s College at Shimla. She then pursued a course in mass communication from the Jamia Millia Islamia University in Delhi in 1994 and completed a diploma in journalism & broadcasting from the University of Wales, Cardiff. She is also a diploma holder in 16 mm Film Production from the New York Film Academy.

She belongs to one of the most politically influential families of Uttar Pradesh. Her family has close links with Indian National Congress political party and Bahujan Samaj Party. One of her uncles was a UP Legislative Assembly member for over 20 years. Her brother-in-law Arif Mohammed was a former politician & minister of the Congress party and is at present a member of the BSP. Her husband, Sajid Mallik, is a half-Tamil Iyer and a half-Gujarati Muslim. By profession, he is an investment banker.

Initially, Shazia Ilmi played an active role in India Against Corruption Movement led by Anna Hazare. As a media strategist, her experience in media was suitably utilised during the movement when she became the spokesperson of the movement. She then supported the move of Kejriwal and became a member of the Aam Aadmi Party (AAP). She had contested the General Elections 2014 from Ghaziabad but failed to the BJP candidate General V K Singh, a former Indian Army Chief who topped with 7,58,482 votes, and Ilmi got the fifth position with only 89,147 votes.

In the run-up to the 2015 Delhi Assembly elections, speculations started doing rounds that Shazia Ilmi might join the BJP. On January 16, 2015, Ilmi was joined into the Bharatiya Janata Party in which she officially announced in a media meet held at the Talkatora Stadium in New Delhi.