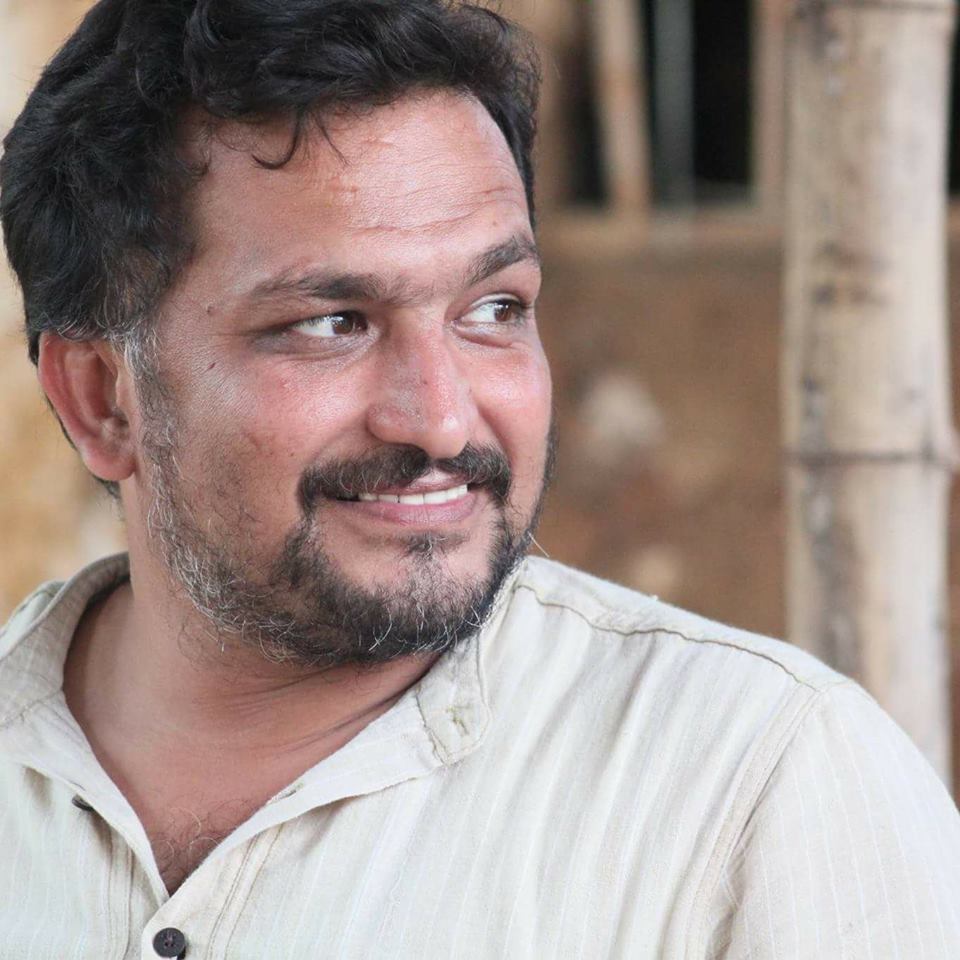 Piyush Manush is an environmental activist, Farmer and an Entrepreneur from Salem, Tamil Nadu, India. Piyush Manush was born and brought up in Salem of Tamil Nadu. He is famous among the youngsters in Tamil Nadu as he raises his voice for major environmental and other social problems in the state. Many people take him as an inspiration and follow his steps and lender their support for the environment. Check out below for Piyush Manush Wiki, Biography, Coop Forest, Career, family and other details 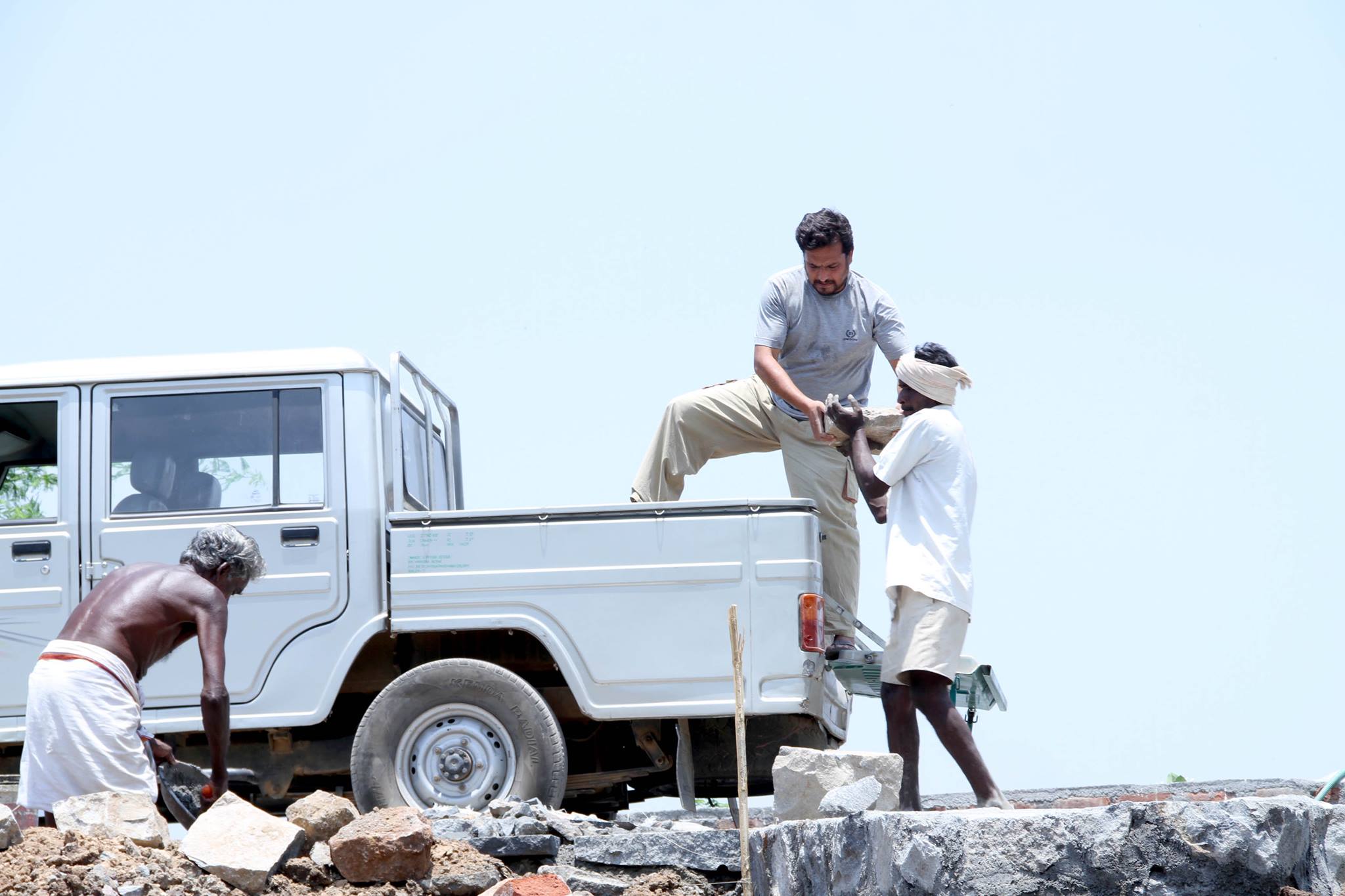 Piyush Manush and his Environmental Activities

Who is Piyush Manush?

Piyush Manush Was born and brought up in Salem. He did his schoolings at Holy Cross Matriculation Higher Secondary School, Salem. He was married to Monika Mehta Sethia on 12th February 2001. He has two children. A boy child named “Chinmay Cool” and a girl child named “Yashi“. He is a farmer, environmental activist and a green entrepreneur from Salem. He along with few activist formed “Coop Forest“. He is the chief labourer of Coop Forest. 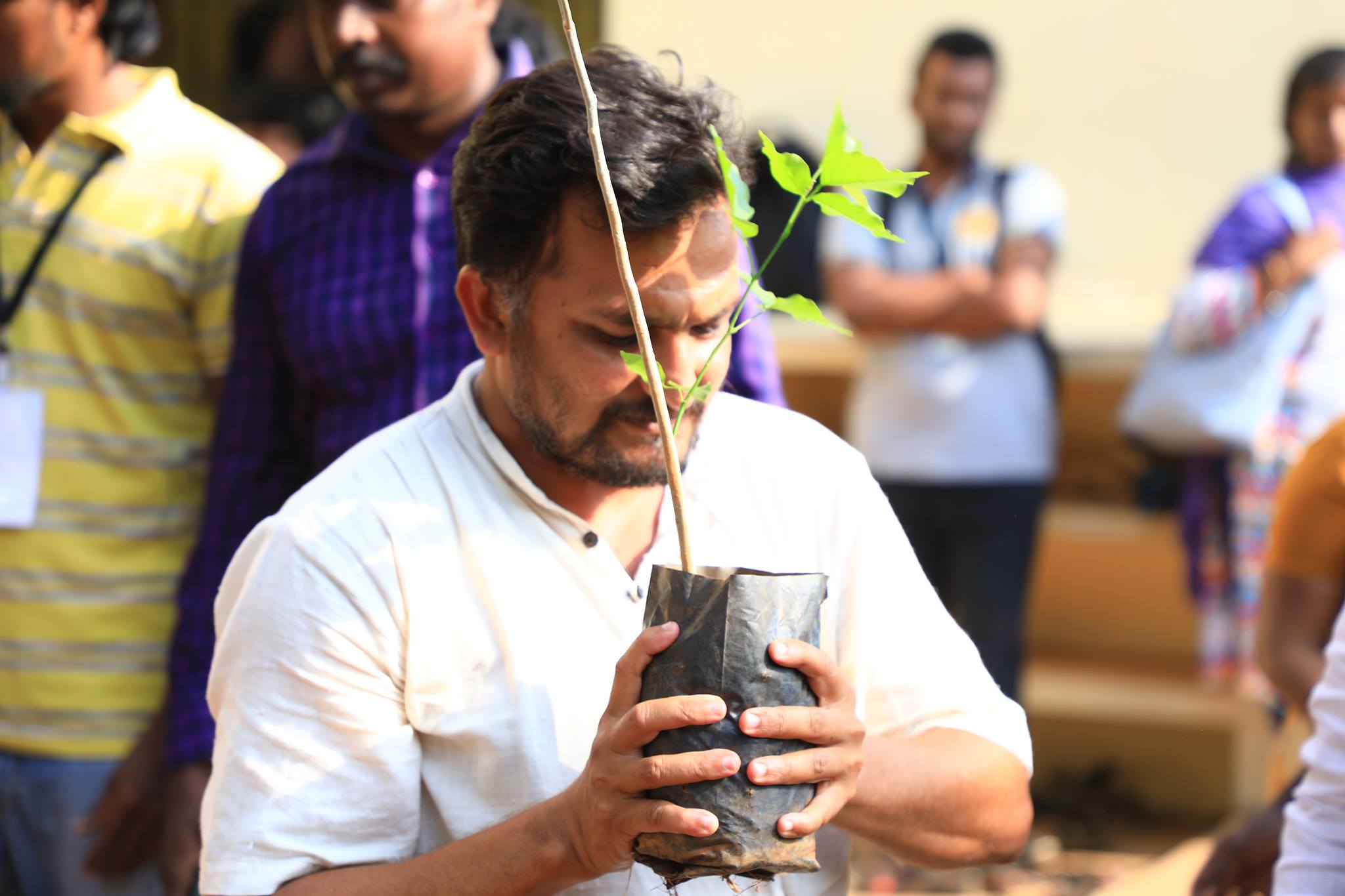 Coop forest is a sustainable development initiative which was formed in the year 2009. Later in the year 2010, he formed “Salem Citizens Forum” which engages people welfare activities. This Salem Citizens Forum adopted a 58-acre lake under the Shevaroy hills and conserved them from massive pollution. This incident made Piyush Manush a famous personality among the Salem people. He also contributed for various other lakes in and around Salem. 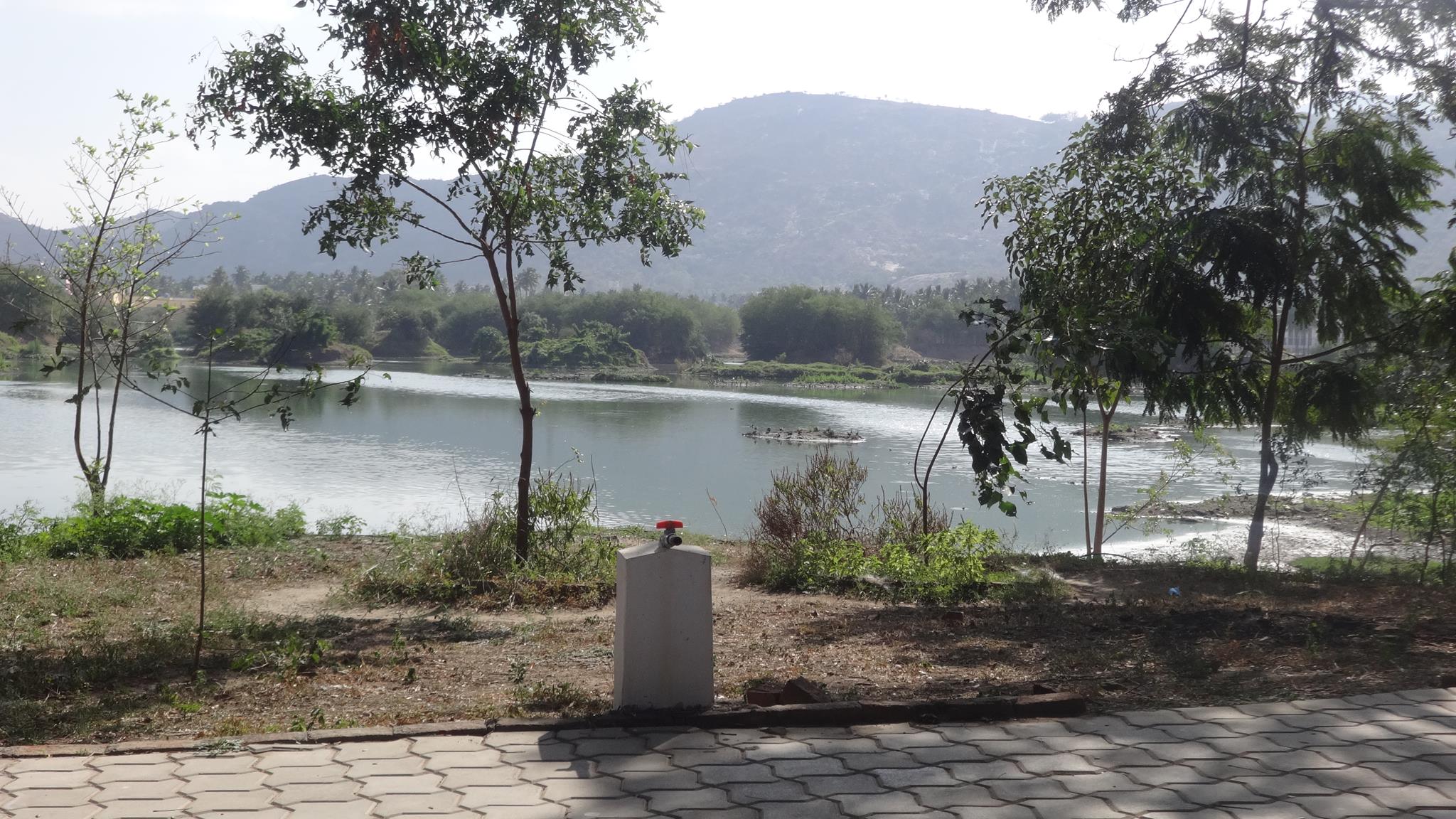 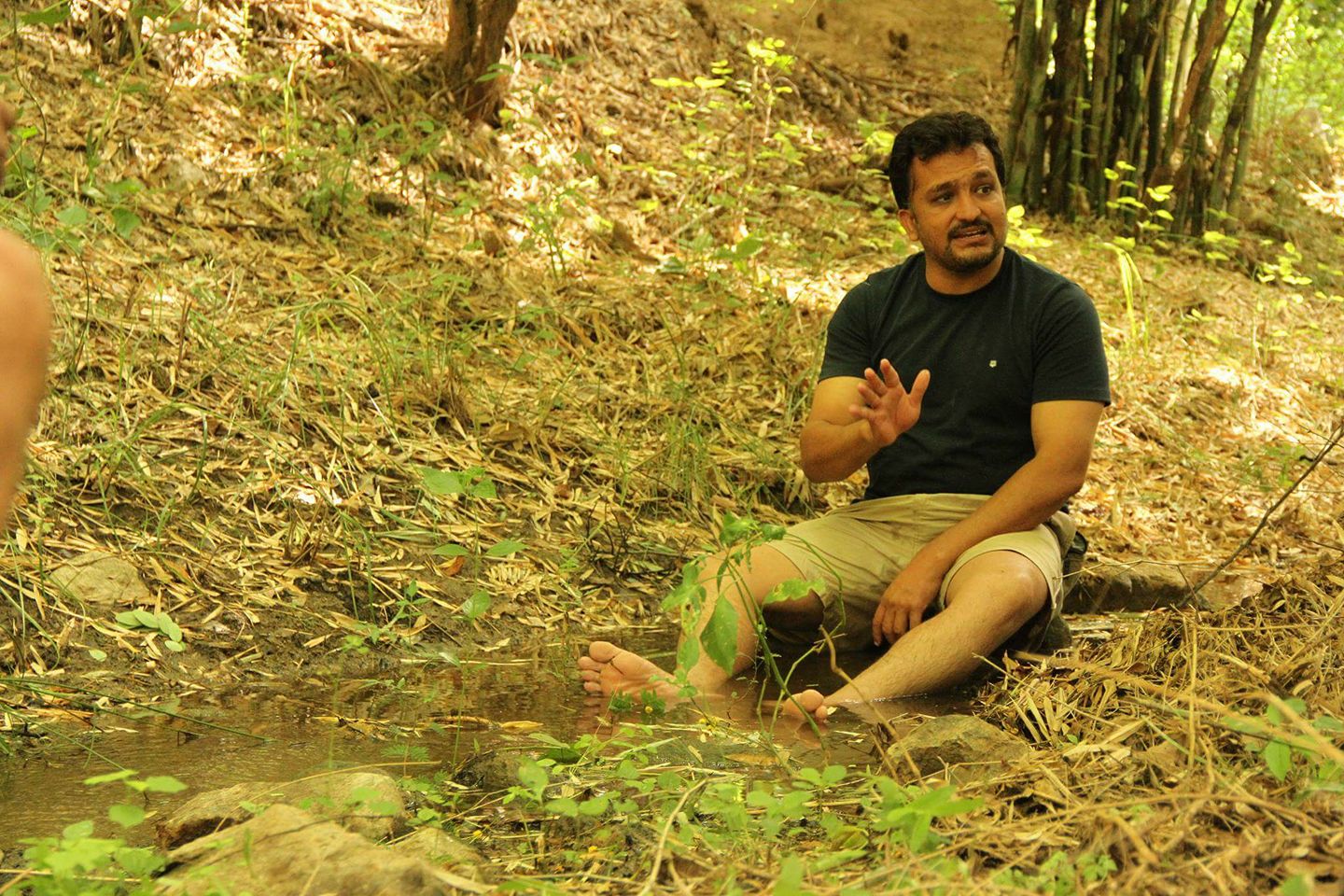 He opposed against the commercial mining in Kanjamalai hills and fights against land mafia and encroachments. In the year 2016, he protested against the construction of the Muluvadi gate overbridge in Salem district and that held him under non-bailable sections. Later he was given conditional bail and released on 21st July. Even today Piyush Manush participates in Lake cleaning and other environmental activities. 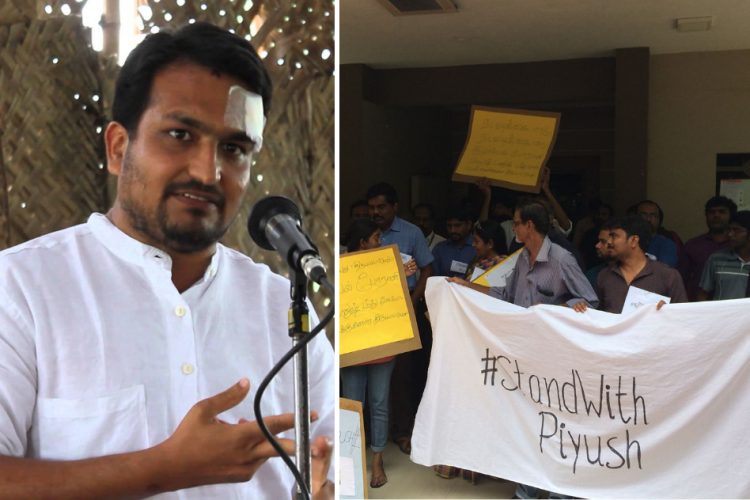 Stand With Piyush: Protest when Piyush was held

Piyush Manush was awarded as “CNN-IBN Indian of the year – 2015” for his activities.