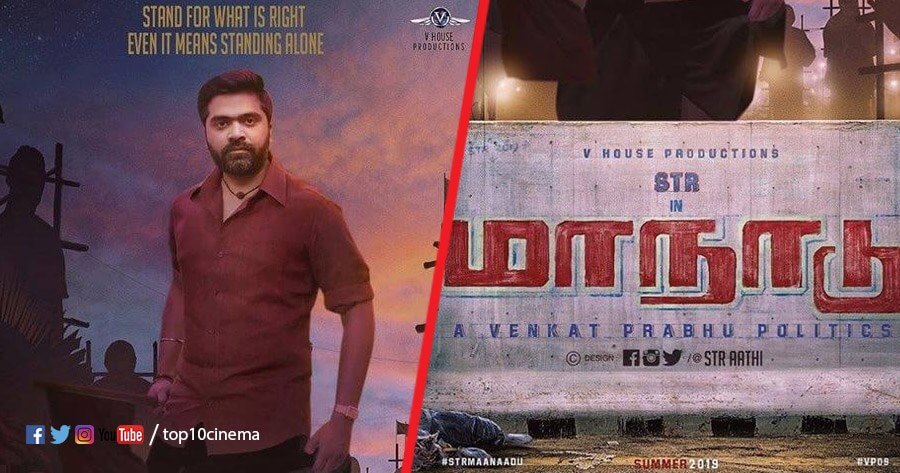 Maanaadu is an upcoming political drama written and directed by Venkat Prabhu. Produced by Suresh Kamatchi, Maanaadu movie stars Simbu, Kalyani Priyadarshan, Bharathiraja, SA Chandrasekar, SJ Suryah in the lead role. Music director Yuvan Shankar Raja roped in for the songs and background for this political thriller. Rajesh Yadav handles the cinematography and the editing is done by Praveen KL. Maanaadu movie was released theatrically on 25th November 2021. If you missed witnessing the film in theatres, just stream it on your home. Maanaadu movie is all set to stream online on Sony Liv.

Here is the main cast of Maanadu movie 2021,

Here is the fierce first look poster of STR’s Maanaadu,