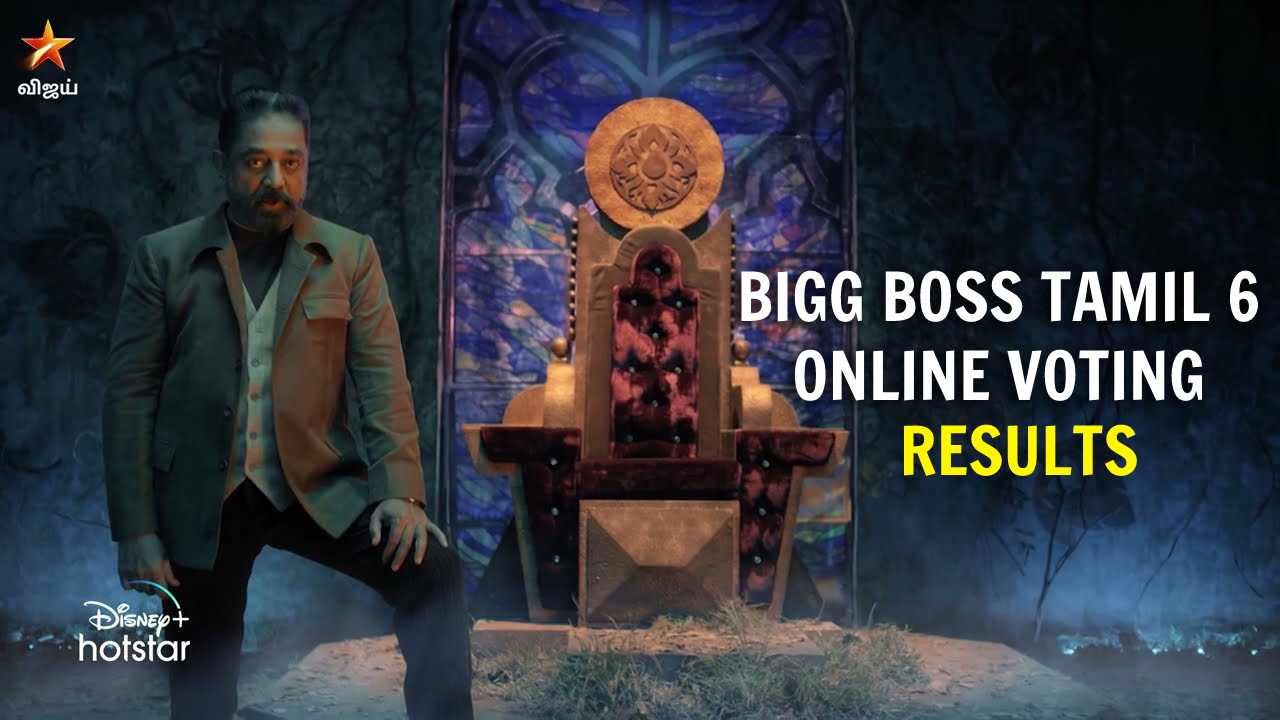 The most awaited Bigg Boss Tamil season 6 started on 9th October 2022. After five successful seasons, the show is now entering its sixth part with 16 new contestants. The show was hosted by Ulaganayagan Kamal Haasan. People can start voting for their favorite contestant after the show from week 1. The voting can be done through the Hotstar app (online voting) or you can leave a missed call for the contestant’s number which will be provided by the channel.

It is an unofficial poll. You can also vote for your favorite housemates who want to be played till the end. Through this poll, you can guess who will be evicted this week from the house. Also, you can know who is the people’s favorite contestants.

Bigg Boss Tamil nomination process will be held every week on Monday. Contestants will select their fellow housemates to face the public vote for the eviction.

The elimination process will be done based on online voting results. The contestant who receives a lesser number of votes will get evicted from the house. The result will be announced by the host Kamal Haasan on every weekend (Sunday).

Like its previous season, you can cast only 1 vote per day on Hotstar. To know the people’s favorite contestants, online voting results, and elimination prediction, here we fixed a poll to track the results before the show.

Here are the details of the Bigg Boss Tamil season 6 online voting process and results. Two types of voting can be done to save your favorite contestant, one is Hotstar (online vote) and another is missed call voting.

How To Vote Bigg Boss Tamil Contestants On Hotstar App

Follow these simple steps to cast your vote for Bigg Boss Tamil 6 contestants,

Step 4: Click on the show banner that appears on the page.

Step 5: Now, you will see the nominated contestants of the particular week.

Step 6: Tap on your favorite contestant’s photo to cast a vote.

Bigg Boss Tamil online vote will get started by 10:30 PM every Monday and will be ended by Friday at 12 PM.

Here is the complete winners’ list of the Bigg Boss Tamil show,

The sixth season of Bigg Boss Tamil is scheduled to be started on 9th October 2022.

What Is The End Date Of Bigg Boss Tamil Season 6

The winner bag the huge trophy and will receive a prize amount of Rupees 50 lakh. The other two finalists will win a cash prize of Rupees 1 lakh, as per sources.