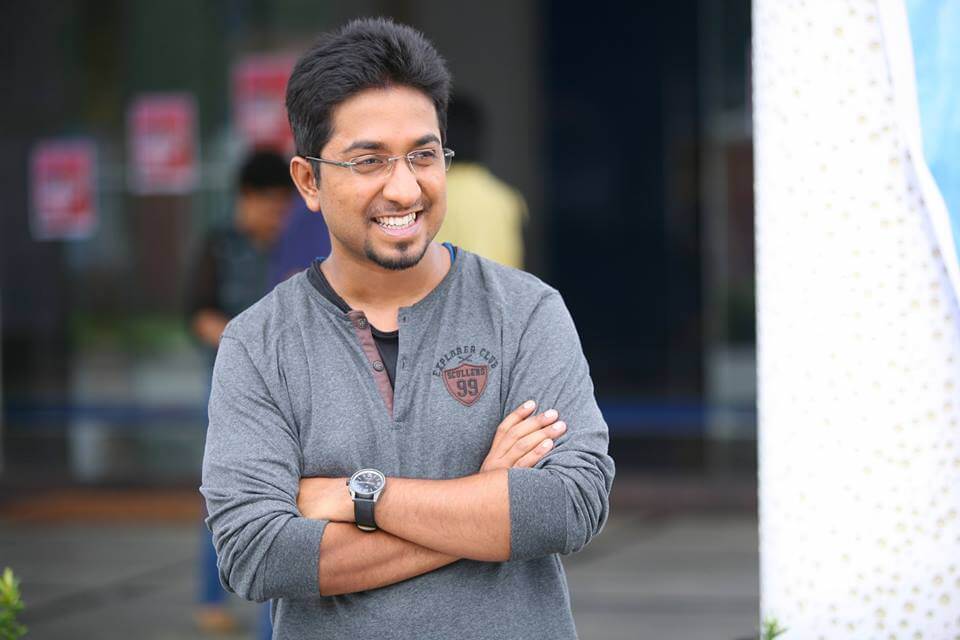 Vineeth Sreenivasan is an Indian Playback singer, actor, director, screenwriter, producer and composer, who primarily works in the Malayalam film and television industry. He made his singing debut with the Malayalam song “Kasavinte Thattamittu,” for the movie “Kilichundan Mampazham,” along with Sujatha Mohan in 2002. In 2008, he made his acting debut with the Mollywood movie “Cycle,” directed by Johny Antony. His directorial debut movie was “Malarvaadi Arts Club,” in the year 2010. Check out below for Vineeth Sreenivasan Wiki, Biography, Age, Movies, Images and more.

Vineeth Sreenivasan was born on 1 October 1985 in Kuthuparamba, Kerala, India. Vineeth Sreenivasan family is now residing in Chennai, Tamil Nadu, India. His father name is Sreenivasan, a Malayalam screenwriter and actor and his mother name is Vimala. He has a brother named Dhyan Sreenivasan, a Mollywood actor. He completed his schooling in Rani Jai Higher Secondary School, Nirmalagiri, Kerala and finished his graduation in mechanical engineering at KCG College of Technology, Chennai. Vineeth Sreenivasan wife name is Divya Narayanan and they got married on 18 October 2012. Then the couple has a son named Vihaan Divya Vineeth, who was born on 30 June 2017.

In the beginning, Vineeth Sreenivasan was a part of band Malayalee along with Jakes Bejoy, Shaan Rahman and Arjun Sasi. In the year 2008, he made his acting debut with the Malayalam movie “Cycle,” along with Vinu Mohan, Bhama, Sandhya and more. His second movie was “Makante Achan“, in which, he had acted along with his father. Moreover, he has written lyrics for most of his songs, and also directed his own music videos. One of his music album named “Coffee @ MG Road,” became a super-hit instantly. Vineeth Sreenivasan has also won the AMMA Best Male Singer Award 2008 for his songs “Mampullikkavil” and “Jillu Jillu”. He also won the Best Male new face of the year 2008 by Asianet. He wrote the script, Lyrics and directed his debut movie, for which he won the best debutant director. In his third movie “Thira,” he introduced his younger brother Dhyan Sreenivasan. In 2018, he worked in the movies like Aravindante Athidhikal and Naam.