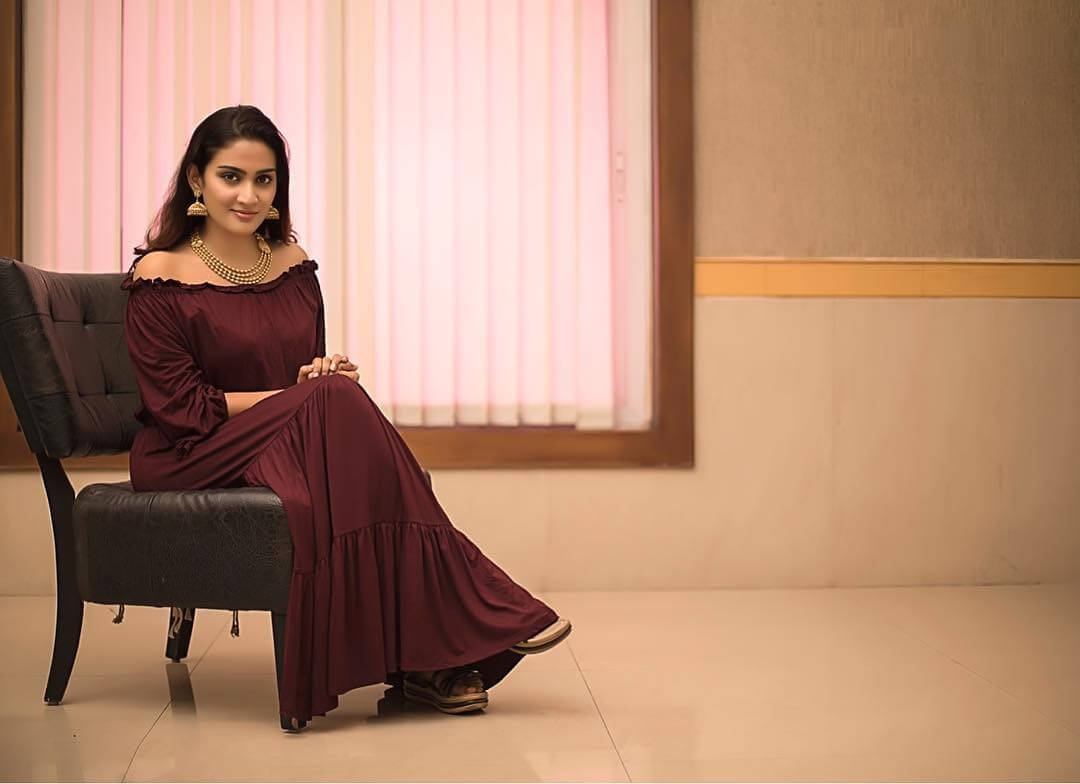 Aditi Ravi is an Indian model and actress, who works in Malayalam film industry. She made her acting debut in a minor role in the Malayalam film Angry Babies in Love. Her first leading role was with the film Alamara for her role as Swathi. Check out below for Aditi Ravi Wiki, Biography, Age, Family, Movies, Images, and More.

Aditi Ravi was born on 11 December 1993 in Thrissur, Kerala, India. She is the daughter of Ravi and Geetha. She has two siblings named Rakesh (brother) and Rakhi (sister). She was graduated with a degree from Christ College, Irinjalakuda, Thrissur. She currently resides in Ernakulam, Kerala. She started her career in modeling during her college days by debuting with a commercial for The Times of India. She then various television commercials for brands including Ramraj, Christian Matrimony, Varna Home Design, Oppo camera Phones, Pothys, and De Fab. Later she got an opportunity to play a lead role in Malayalam film Alamara. Her upcoming films are Aadhi and Tick Tock.