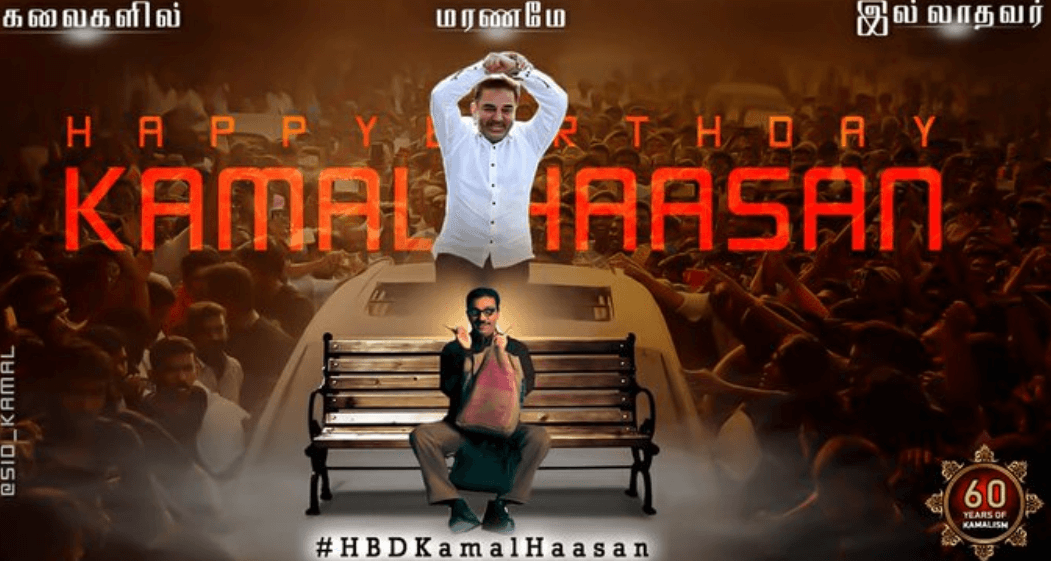 To mark actor Kamal Haasan completion of 60 years in cinema, Raajkamal Films International is organising a events for three days. The first day program starts from November 7, which happens to be Ulaga Nayagan’s 65th birthday and his father D Srinivasan’s death anniversary. On the same day, Indian 2 actor will open the statue of Srinivasan in his hometown, Paramakudi.

The next day, Kamal Haasan will unveil a statue of his mentor and veteran filmmaker K Balachander at Raajkamal Films office in Alwarpet, Chennai. The director’s family members are expected to be present for this event. Also, there will be a special screening of the film Hey Ram at Sathyam Cinemas at 3:30 pm in Royapettah. The film is to commemorate 150 years of Mahatma Gandhi and a personal note from Makkal Neethi Maiam leader will also be shared at the venue.

On November 9, a grand musical concert by Maestro Ilaiyaraaja will happen featuring legendary singers like SP Balasubramanyam and Kamal Hasan himself.

This event will be attended by bunch of Kollywood stars like Rajinikanth, Vijay, Ajith and several other prominent names from the industry.