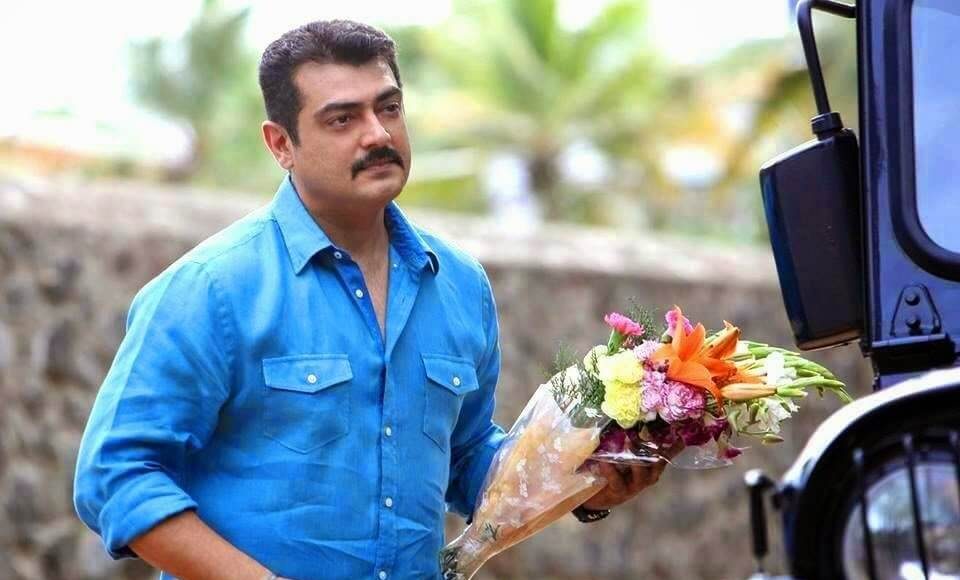 Ajith Kumar is an Indian Film Actor best known for his mononym Ajith/Thala/Thala Ajith. As of 2021, he starred in more than 50 films, predominantly in Tamil cinema. In addition to acting, Ajith Kumar is the Sabbatical, he is motor car racer and participated in the MRF Racing series (2010) in Chennai. He started his career with a small role in the 1990 Tamil film En Veedu En Kanavar. On 1 May 2021, Ajith turns 50 while he requested fans not to celebrate his birthday due to the deadly covid-19 pandemic. His upcoming film Valimai first look poster release to postpone due to coronavirus.

Late renowned singer S.P. Balasubrahmanyam introduced Ajith to Tamil film Industry by referring him to play the lead role in Amaravathi (1993). He then did a lead role in the film Prema Pusthakam (1993), and his first critically acclaimed appearance was in the romantic drama Aasai (1995).

He currently shooting his upcoming film Valimai which directed by H Vinoth and produced by Boney Kapoor.

Ajith Kumar was born on 1 May 1971, in Hyderabad, India. He is the son of P. Subramaniam from Chennai, Tamil Nadu. His Mohini is from Kolkata West Bengal. Ajith was a middle son out of three brothers, and the others are being Anup Kumar, an Investor, and Anil Kumar, an IIT Madras graduate, turned entrepreneur. Ajith has mastered the Tamil language only after becoming an Actor. He dropped out of Asan Memorial Senior Secondary School in 1986 before completing his higher secondary.

During his childhood, he was a fan of M. G. Ramachandran, Jayalalithaa and Rajesh Khanna. In his teenage years, he has become the fan of Tamil acting icons Kamal Hassan and Rajinikanth. Then she was pushed by the business agencies for modelling for advertisements in the print media. He has to choose between films and racing, and the movie was happening and generating him some money, he began concentrating on it. He made his debut in En Veedu En Kanavar (1990), in a minor as a school student.

Then he appeared in the low budget Telugu film Prema Pustakam in 1992, which is his last direct in Telugu film to date. His first Tamil film amaravathi, directed by Selva. Then in 1993, Ajith Played a small role in the Arvind Swamy starrer Paasamalargal. In 2004, Ajith was signed as Nescafe’s brand ambassador in Tamil Nadu. Later, he has limited his appearance to the silver screen by not appearing or promising any commercials.

He has become a race car driver, competing in the circuits around India in the places such as Mumbai, Chennai and Delhi. He is one amongst very few Indians to race in the International arena and the Formula championships. He has also been abroad for various races, including Germany and Malaysia. He has driven in the 2003 Formula Asia BMW Championships. He raced in the 2010 Formula 2 Championship along with two other Indians, Armaan Ebrahim and Parthiva Sureshwaren.

Check out the latest photos of actor Ajith,