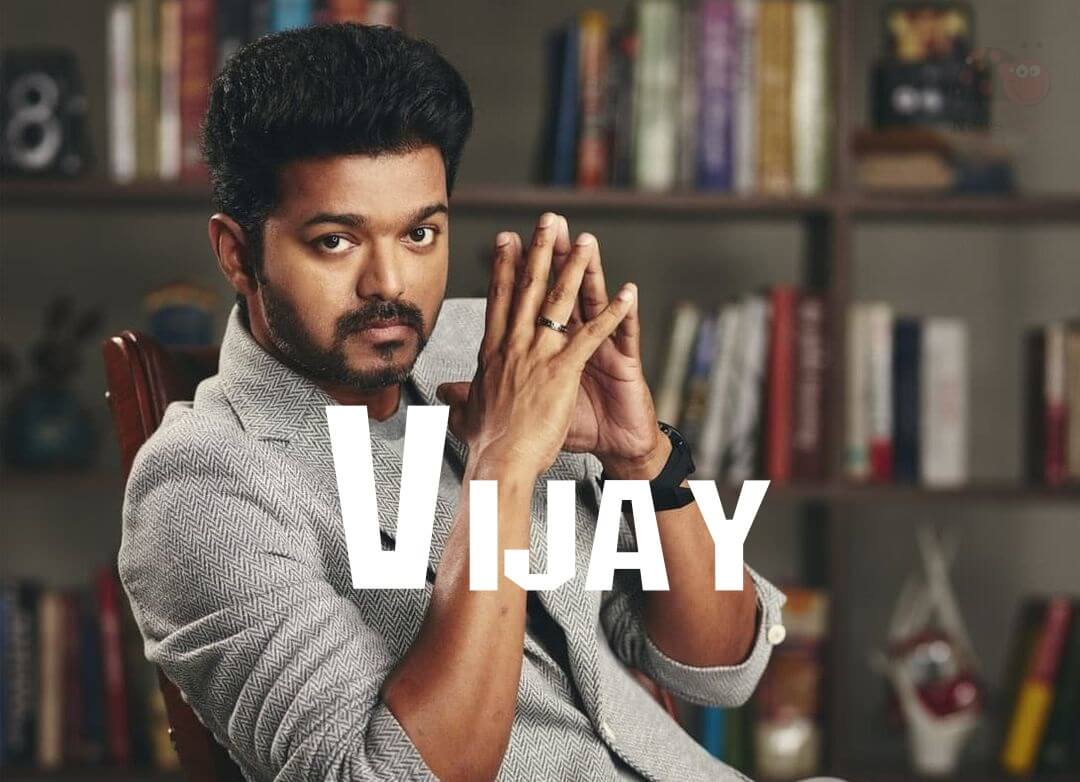 Vijay is an Indian Actor and a Playback Singer who predominantly works in the Tamil cinema Industry. He is commonly referred to as “Ilaya Thalapathy” or “Thalapathy“. Vijay has acted in a few of his father’s movies as a child artist. In the year 1992, he made his lead in the movie “Nalaiya Theerpu” which was directed by his father. His first successful movie as a lead is “Poove Unakaka” which was released in the year 1996. He is one of the most popular actors in the Tamil cinema industry. His 65th project is “Beast” directed by Nelson Dilipkumar. He became an internet sensation after Thalapathy 66 titled revealed as Varisu, directed by Vamshi and is a Tamil-Telugu bilingual.

Vijay was born on 22nd June 1974 to S.A.Chandrasekhar and Shoba. He was born and brought up in Chennai, Tamil Nadu, India. He did his schooling at Balalok Matriculation Higher Secondary School, Virugambakkam. After completing his schooling, he pursued his graduation in the field of Visual Communication at Loyola College. Thalapathy Vijay is married to Sangeetha Sornalingam and is blessed with a girl (Divya Saasha) and a boy (Jason Sanjay).

He made his acting debut at the age of 10 in the movie Vetri (1984) as a child artist. After this movie, he acted in various movies as a child artist. He made his lead entry in the movie “Nalaiya Theerpu“. There were many objections to Vijay and many complained about his look. He took everything positively. In the year 1996, he broke all the shutters through his movie “Poove Unakaka” which was the first breakthrough for him as a lead actor.

From the year 1996, he started gaining more fans. His hard work and determination lead him to success. Vijay fans never lead him down. He started to build himself a space in Tamil Cinema Industry and now he is one of the lead actors in Kollywood. He tops the list with box office histories and a huge fan base. Apart from acting, Vijay is also a great dancer. Many actors appreciate him for his dancing skills.

Take a look at some of the latest photos of actor Vijay,

After his success, Vijay started gaining more fans. His hard work and determination towards acting lead him to success. His fans never lead him down and the group named as Vijay fans Club. He started to build himself a space in Tamil Cinema Industry and now he is one of the lead actors in Kollywood.