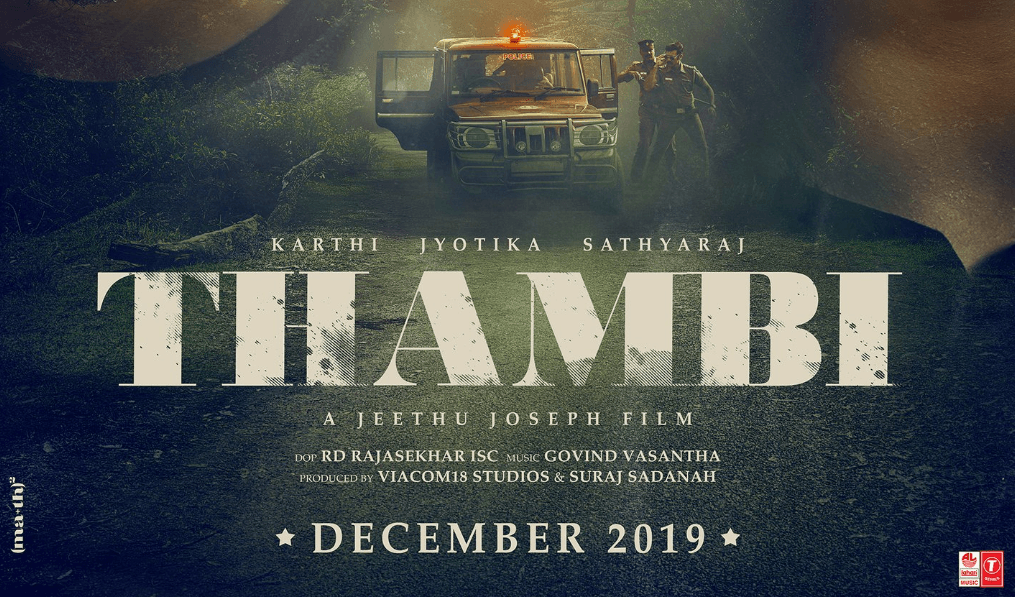 Thambi is a family thriller drama starring Karthi, Jyothika, Sathyaraj, Nikihla Vimal in the key roles. The film was written and directed by Jeethu Joseph of Drishyam fame. Produced by Ajit Andhare & Suraj Sadanah, the film has 96 fame Govind Vasantha music. Thambi Movie was cranked by RD Rajasekhar ISC and the telugu version of the movie titled has Donga. The first look was released by the actor Suriya on 15 November 2019.

Going through the poster, the film seems to be an intense thriller happens in the forest. Actor Karthi is now riding high on the blockbuster hit of his latest film, Kaithi. Karthi has teamed with his sister-in-law Jyothika for the first time. Actress Jyothika is playing a sister role for Karthi while Sathyaraj will be seen as his father in the film.