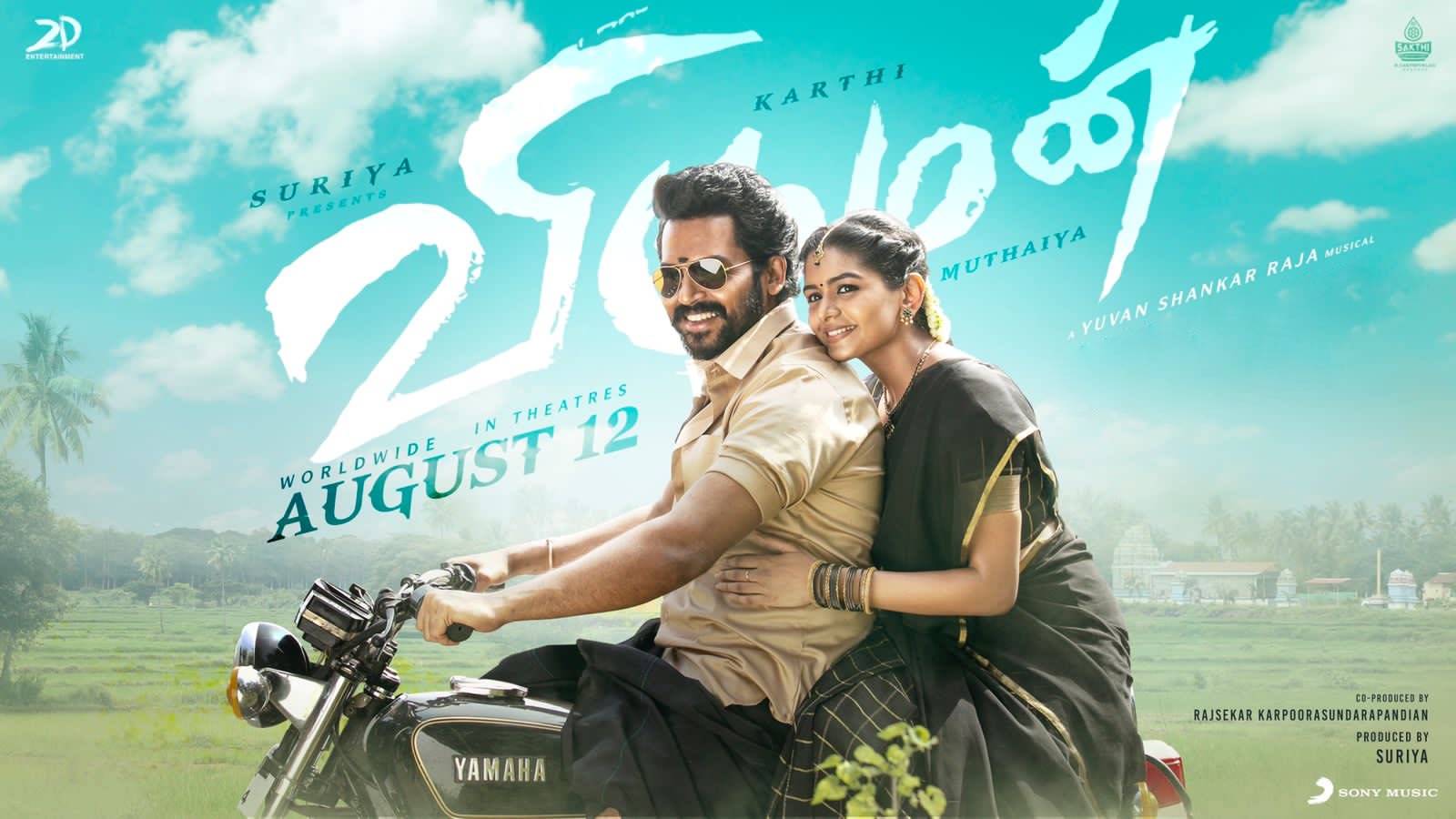 Viruman is an upcoming family action drama starring Karthi and Aditi Shankar in prominent roles. Directed by M. Muthaiah, the film was bankrolled by Suriya Jyothika’s 2D Entertainment. It is the debut film for Aditi. His father Shankar is a renowned director of Indian cinema. Viruman is the second collaboration of Karthi and Muthiah after Komban. Viruma Tamil movie is slated to be released on August 12, 2022.

Muthaiah is known for his films like Kutty Puli, Komban, Maruthu, Devarattam and more. Viruman also features Rajkiran, Prakash Raj and Soori in the important characters. Anlarasu handles the stunts while the music was composed by Yuvan Shankar Raja.

Check out the complete details on Viruman Movie 2022,

An announcement of Karthi’s Viruman movie OTT release date will be officially finalized soon. The makers are in the discussion of a streaming platform. Stay connected with us to know when and where to watch Viruman movie online.

Here is the first look poster of Viruman film 2021,