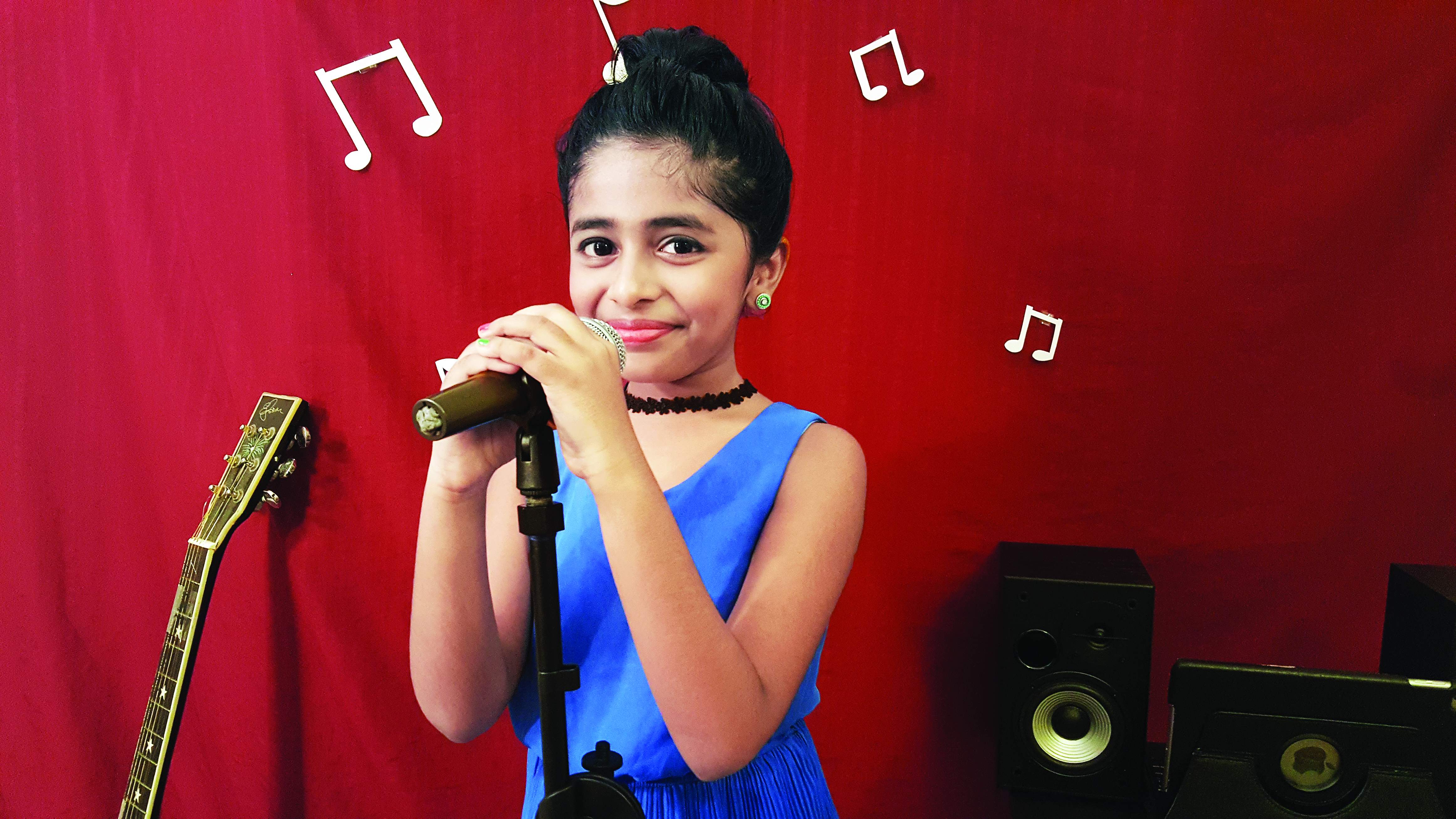 Praniti is an Indian Singer who at a very young age have won many hearts through her singing skills. She started singing at the age of 3. Praniti is a Young Versatile singer who is currently working on movie projects and overseas concerts. She is a multi-talented kid who quickly learns the language and sings songs in a variety of languages. She won Sun Singer Season 4 Title on January 10, 2016. Check out below for Praniti Singer Wiki, Biography, Songs, Movies, Images, Age and other details

Praniti was born on November 5, 2008, in Chennai, Tamil Nadu, India. She studied music at A.R.Rahman’s “K M College of Music and Technology” which is located in Chennai. She studied music between 2012 – 2014 (i.e. When she was just 3 years old). She was the Title singer of Sun Singer season 4. For the movie “Kabali“, she made fusion track of all the songs which had gone viral on Social Media. Super Star himself saw the video and appreciated Praniti for her singing skills.

Kalaipuli S.Thanu appreciated Praniti for her songs and blessed her to reach more heights. As a part of Thodari movie promotion, She sang the song cover of “Pona Usuru” which also went viral. Dhanush got impressed by her song and shared it on his official twitter and facebook account. Starting from Tamil songs, She reached next level of Music. She sang Shape of You song in a fusion along with “Athangara” which brought her a huge fan following in social media. Praniti then made multilingual fusion in which she sang Despacito (Spanish Version) with major languages in India. This song gave her an All India recognition with fans all over India.

Praniti is now singing songs for movies and also performing in many concerts. She is performing in Overseas as well. Praniti had also acted in the movie named “Aruvi” as the childhood character of the lead role played by Aditi Balan. Praniti made her debut in this movie. She is one of the rare little celebrity who owns an official verified Facebook and Youtube account.

Praniti Singing at the age of 3.