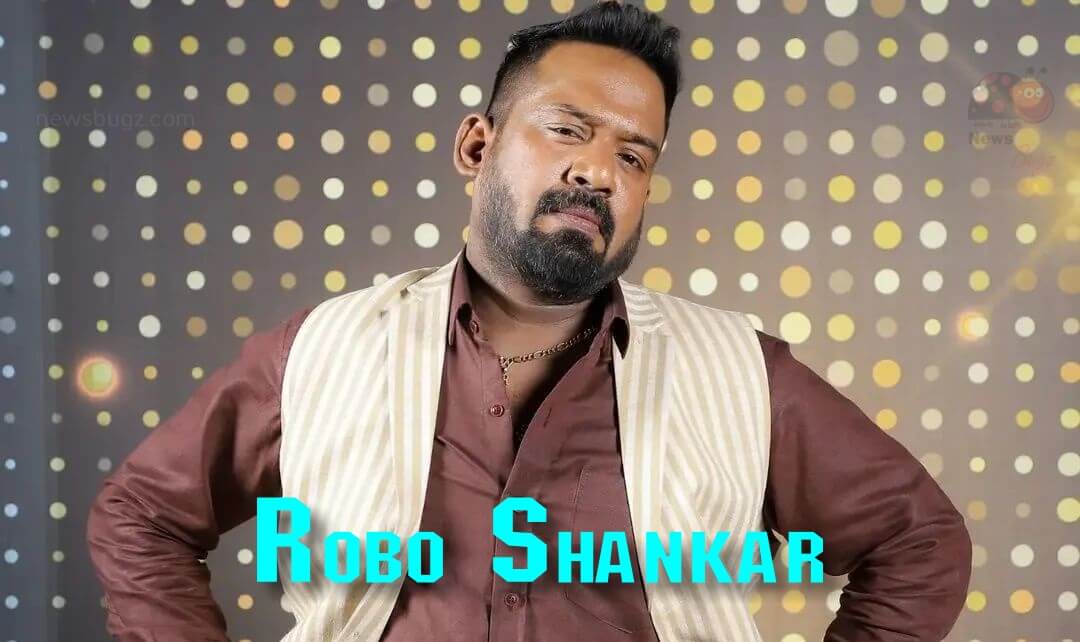 Robo Shankar is an Indian Comedy actor who made his entry into the Television networks as a standup comedian. He is a mimicry artist who is famous for his timing comedy and variety of Comedy Scripts. Robo Shankar is an entertainer who makes people laugh at his humor sense. He is famous for a Television show called Kalakka Povathu Yaaru which was telecasted on Vijay TV. The video of him translating actress Shraddha Das’s English speech went viral on the internet. Robo Shankar played a huge role in the Cobra movie starring Vikram and Srinidhi Shetty in the lead role.

After Kalakka Povathu Yaaru, He worked as a comedian on Vijay TV. He made people laugh out louder through his comedy skills in Adhu Ithu Edhu which is also telecasted on Vijay TV. In the year 2011, He was given an opportunity to act in the film Rowthiram but the scenes in which he acted were deleted. Then in the year 2013, He was given another opportunity to act in Idharkuthana Aasaipattai Balakumara which showed others his acting skills. He was critically acclaimed for his performance in this movie.

In the year 2015, his first full-length supporting character was seen in the movie Maari. His role in the Maari movie was highly appreciated for his acting skills. After this, he acted in many movies as a comedy actor and also as a supporting character. He was a judge in Kings of Comedy Juniors which was hosted on Vijay TV. Robo Shankar has traveled to more than 30 countries and performed over there. He was awarded a Doctorate by International Tamil University in the USA. He was also awarded Kalaimamani Award as well.

Check out the recent photos of Robo Shankar,