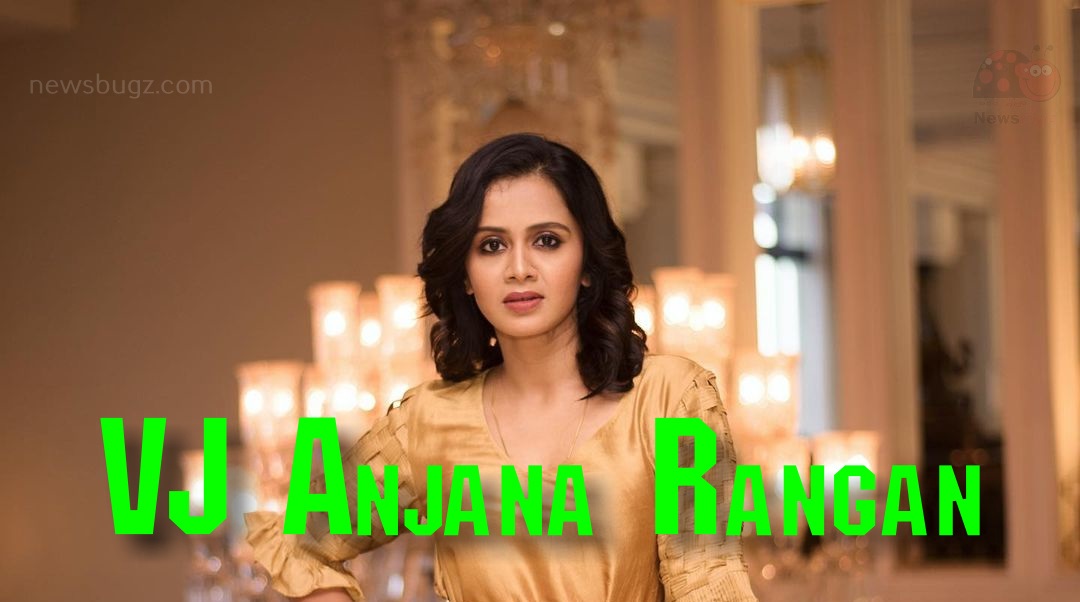 Anjana Rangan is a Video Jockey and event host who is popular for her hosting in Sun Music. She maintains a huge Fan base among the youngsters. She is one of the senior hosts of Sun Music (A popular music channel belonging to Sun Network). Anjana came into the limelight through the program Neengalum Naangalum. She also hosts various shows on Sun TV as well. She is seen in many audio launches and movie promotional events.

Anjana is also a co-founder of Plan B which is an Event Management Company. Apart from Sun Network, Anjana is also seen in many Events as a host. Anjana is married to a Kollywood actor Chandran who made his debut in the Tamil Film industry through the movie Kayal. Anjana and Chandran were blessed with a baby boy. The baby was born around 4 pm on June 30, 2018 (Saturday), at a famous hospital in Chennai.

In 2021, a rumor spread that while Anjana hosting the audio launch event of Pushpa: The Rise the main actor of the film Allu Arjun walked away from the stage due to how Anjana treated him. However, Anjana later explained that all those rumors were false on social media.

Check out the recent pictures of VJ Anjana Rangan,