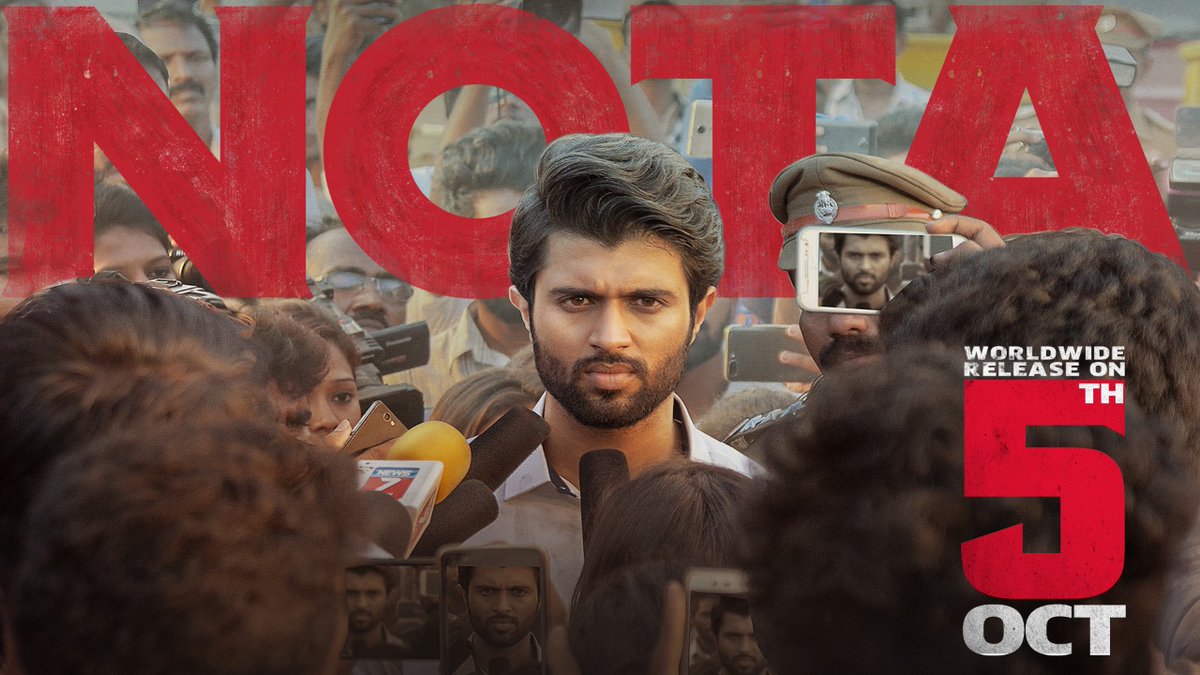 NOTA Movie 2018: NOTA is a political thriller film written and directed by Anand Shankar. The director of the movie, Anand Shankar is well known for his work of ‘Iru Mugan’ and ‘Arima Nambi’. The film features Arjun Reddy actor Vijay Deverakonda in the lead role along with Mehreen Pirzada. The film is produced by Gnanavel Raja under the banner Studio Green. Director Anand Shankar will be making his debut in Telugu film industry as well. Sam CS has been roped in to compose music for the film. Check out below for NOTA Tamil Movie Cast, Songs, Review and Press meet photos.

The movie is about the ‘Rowdy’ Varun (Vijay Deverakonda), who accidentally becomes the chief minister of Andhra Pradesh. He takes his job lightly, but unexpected situations force him to become serious. And how he handles the situation forms the rest of the story. The movie takes a dig at all the popular political parties and recent political events. Overall, it is a watchable political thriller.

#NOTA – What works in favor of the film is the satirical take on the recent political issues including Chennai flood woes, MLA resort, God-man connect, dummy CM candidate and goondaism culture in the past. @anandshank has given a political drama without any commercial clichés.

#NOTA A mass entertainer which will keep u engaged at a crisp running time of 146 mints. Kudos @anandshank for a neat screenplay & not making this political thriller into cliched commercial potboiler. @TheDeverakonda is perfect choice as the protagonist 👍👍👍 pic.twitter.com/6i9HkfxDEJ

#NOTA Interval – Commercial dark horse . @TheDeverakonda erangi adikuraapdi. This week is magic or what ?? . This movie will be a single screen delight. All tamilnadu political parties total damage. Lot of meme material inside.

#NOTA is a gripping and racy political thriller from @anandshank. The film is highly topical and will connect with the audiences. U cant take your eyes off @TheDeverakonda, he is riveting as he turns from #DummyCM to #RowdyCM, #Nasser & #Sathyaraj r impressive.