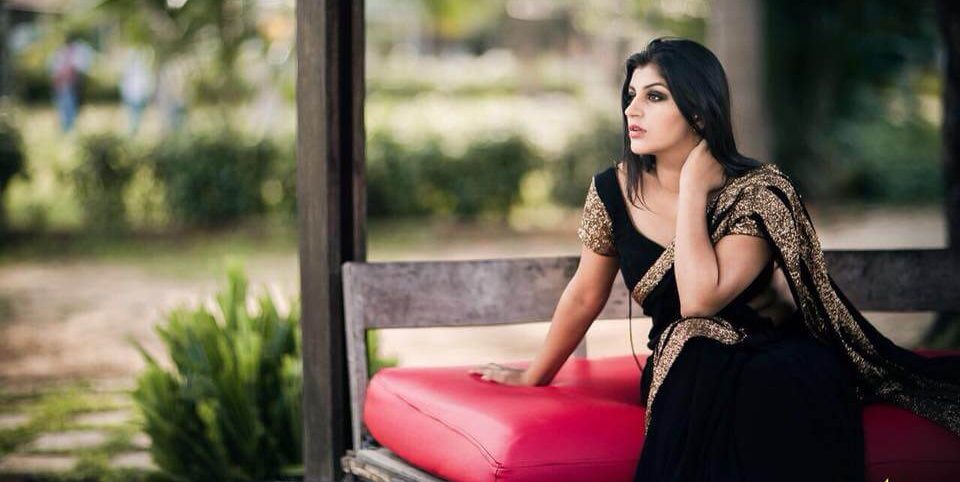 Yaashika Aanand is an Indian film Actress who works predominantly in Tamil film industry. She is also a model, who made her appearances as a chief guest in college events all over Tamil Nadu. She made her acting debut in the Tamil crime thriller film Dhuruvangal Pathinaaru and her second film appearance following a brief role in Kavalai Vendam (2016). She became youth sensation after portraying the role of Kavya in the film Iruttu Arayil Murattu Kuthu. Check out below for Yaashika Aanand Wiki, Biography, Age, Movies, Images, and More.

Yaashika Aanand was born on 4 August 1999 in New Delhi, India. Her father name is Chetan Anand and mother Sonal Anand. She has two siblings named Rajat Anand and Srishti Anand. She moved to Chennai and completed her schooling at Sherwood Hall School. She holds a degree in B. Sc Visual communications from M.O.P. Vaishnav College for Women, Nungambakkam, Chennai, India. She started her acting career at the age of 17. She is a social media influencer who has more than 145k Instagram followers. She made her acting debut in the Tamil film industry through Karthick Naren‘s Dhuruvangal Pathinaaru and made a brief role in her next venture Kavalai Vendam.

She came to limelight after portraying the role of Kavya in the adult horror comedy film Iruttu Arayil Murattu Kuthu alongside Gautham Karthik, Vaibhavi Shandilya, Chandrika Ravi. Her 2018 releases include Odavum Mudiyathu Oliyavum Mudiyathu, Aayiram Kaal Mandapam, NOTA, and More. Yaashika has bagged the Best Debut Actress award in 2017. Apart from acting, She promotes the brands over social media platforms. Yaashika Aanand is a Black Belt holder in karate. Yaashika is fond of bikes and has a stylish Royal Enfield in blue and a white Bullet.

Check out some family photos of actress Yashika Anand,

Here is the latest pics of kollywood actress Yaashika Aannand,