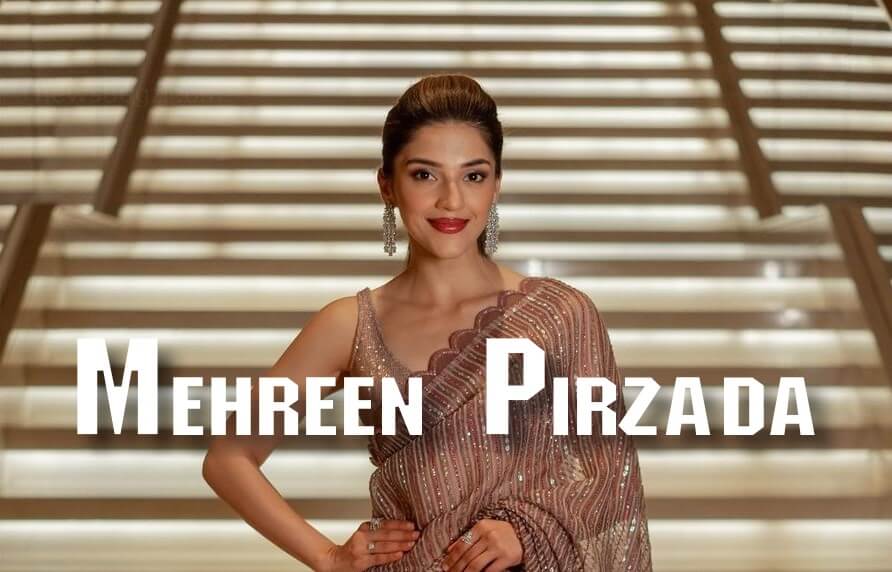 Mehreen Pirzada is an Indian actress, and she is a Model as well, who predominantly appears in the Telugu film industry. She made her debut Telugu movie titled Krishna Gaadi Veera Prema Gaadha in this movie she appeared opposite Nani in the year 2016. She made her debut  Hindi movie titled Phillauri which is directed by Mehreen in the year 2017. Her latest movie F3 was a huge success, but unfortunately, the movie’s pirated version was released on the internet.

She is a well-trained Bharatnatyam dancer, who represents India at Young Global Leaders Conference in Washington D.C. and New York City. Moreover, she is also the national air pistol shooter. She started her career as a model and her first ramp at the age of 10, where she won the title of Kasauli Princess at a beauty pageant. Later she was crowned Miss Personality South Asia Canada 2013 in Toronto. Moreover, she modeled for some of the most popular designers like Jemini Face Modeling company, and she also appeared in various commercial ads in Canada and India.

She made her debut Telugu movie titled Krishna Gaadi Veera Prema Gaadha in the year 2016, in this movie she appeared in the character of Mahalakshmi. Once the Telugu movie reached the box office hit, she made her debut  Bollywood movie Phillauri with Anushka Sharma, Diljit Dosanjh, and Suraj Sharma. Then she appeared in the Tamil movie Nenjil Thunivirundhal as Janani in the year 2017.

Take a look at the cool new pictures of Mehreen Pirzada,