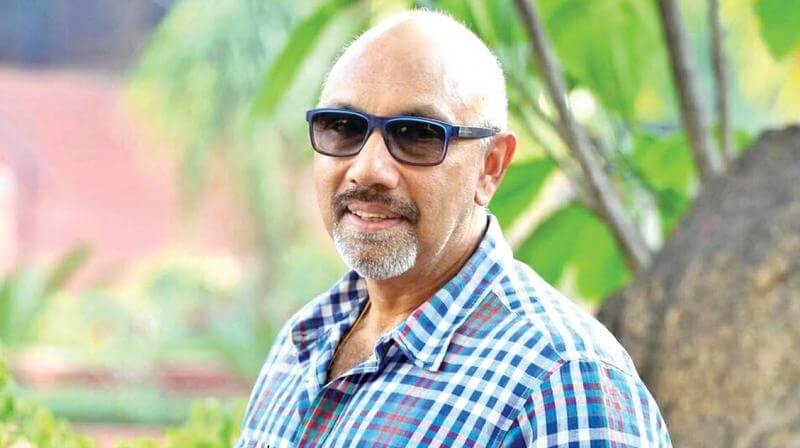 Sathyaraj is an Indian film actor, producer, director, media personality and a former politician who predominantly works in Tamil film industry. He is popularly known for his role in Baahubali and Chennai Express. He started his film career as a villain and gradually became lead in the movie. He has acted over 200 films including Telugu, Malayalam, Hindi and Kannada films. He has also raised voice against many issues like Water rights in Tamil Nadu and Sri Lankan Tamil Nationalism. He is a brand ambassador for Pothys and Kumaran Jewelry Shop.

Sathyaraj was born as Rangaraj on 3 October 1954 to Subbaiyan and Nathambal in Coimbatore, Tamil Nadu. She has two younger sisters namely Kalpana Mandradiar and Roopa Senapathy (wife of Dr. Periannan Senapathy). Sathyaraj is an ardent fan of M. G. Ramachandran. He completed his primary schooling in St Mary’s Convent school, Coimbatore and later did the tenth standard from Suburban High School, Ramnagar, Coimbatore. He was graduated with Bachelor of Science degree in Botany from Government Arts College, Coimbatore. After graduation, he made his acting debut as a villain in the movie “Irupatthi Naalu Mani Neram” which is directed by his friend Manivannan. He also played the villain role in Nooravathu Naal & Anbin Mugavari. He made his debut as a lead in the movie in ‘Kadalora Kavithaigal’. Sathyaraj gave blockbuster hits in the time period 1986-1988 like kadamai Kanniyam Kattupaadu, Poovizhi Vasalile, Makkal En Pakkam, En Bommukutty Ammavukku, Mandhira Punnagai, Jallikattu etc.

He gave some unsuccessful movies between the year 2000-2009. In 2007, he received Vijay Award for Best Actor for Onbadhu Roobai Nottu and was also nominated for his performance in the movie Periyar in the same year. After the year 2010, he played some supporting roles in the movies Raja Rani, Thalaivaa, Nanban etc. In 2015, he gave a great performance and received a nationwide popularity for his role in India’s biggest motion picture ‘Baahubali: The Beginning’.

In 1979, Sathyaraj was married to Maheswari, a niece of producer Madhampatti Sivakumar. The couple has a daughter Divya and a son Sibiraj. His son Sibiraj is also an actor who works in Tamil film industry.