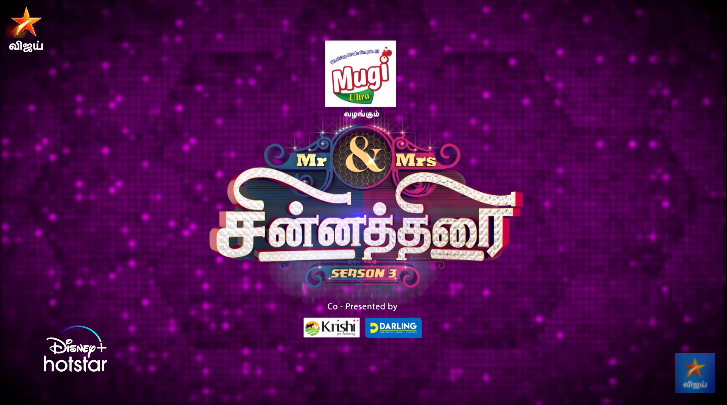 In terms of entertainment, Star Vijay TV never disappoints the audience with its reality show. To grab the attention of viewers and audience after the end of Cook with Comali 2, the channel comes up with a new show Mr & Mrs Chinnathirai Season 3. With this revamped version, it brings new contestants, games, dance, theme-based scenes, emotions, etc.

This popular reality show has 12 celebrity couples either participate with real-life partners or reel life partners which compete for the challenges and tasks to win the title. It features television artist couples and the judges are Gopinath, Devadarshini.

Ma Ka Pa Anand and Archana will be hosting this new season. Recently the promo has been released on the channel and social media. The audience is excited about this new season which will bring more fun and entertainment on the weekends, starts from April 24, 2021. Viewers can also watch this show online on the Disney+ Hotstar app which is available for both Android and iOS.

Here’s the couples who are participating in Mr and Mrs Chinnathirai Season 3,

Thanks for visiting Newsbugz.com For more Entertainment news