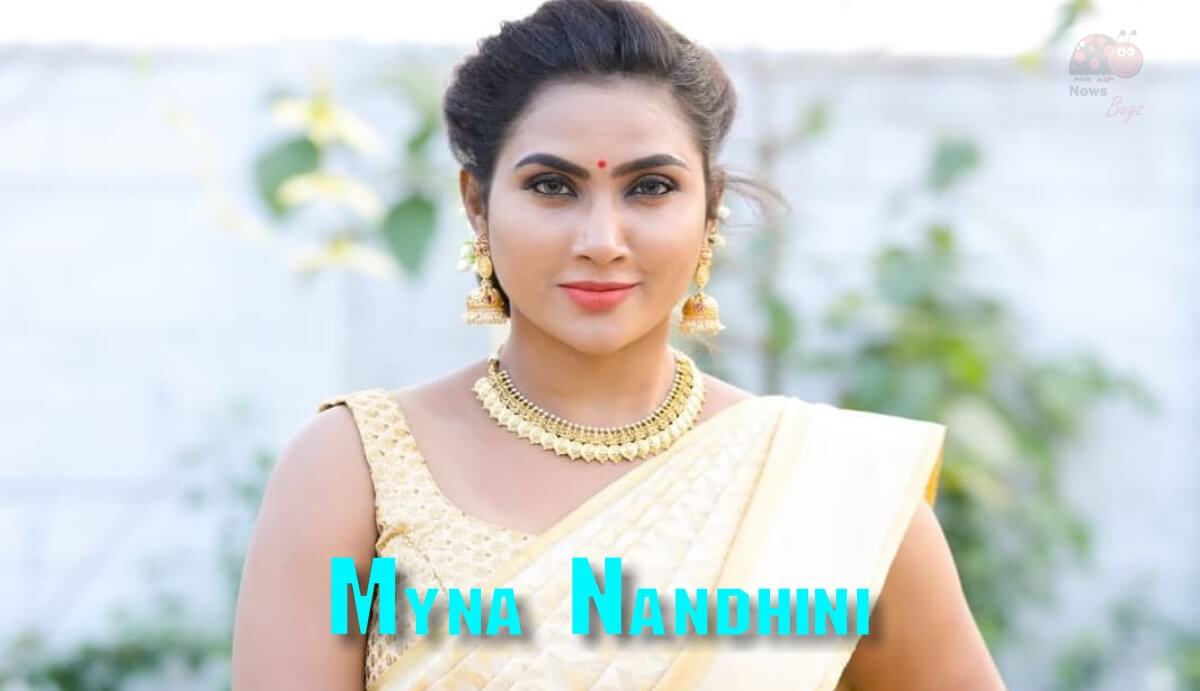 Nandhini is best known for the name Myna Nandhini an Indian actress, who primarily works in the film and television industries. She made her acting debut in the Tamil film Vamsam, directed by Pandiraj. She got the light and fame for her television serials like Saravanan Meenatchi, Priyamanaval, and Kalyanam Mudhal Kadhal Varai. Nandhini’s performance in films like Kedi Billa Killadi Ranga, Vikram, and Viruman received critical acclaim. She was the judge in Zee Tamil’s Comedy Killadies reality show along with Daniel Annie Pope and RJ VigneshKanth. Myna Nandhini is a contestant in Bigg Boss Tamil Season 6.

Here are some latest photos of Myna Nandhini,