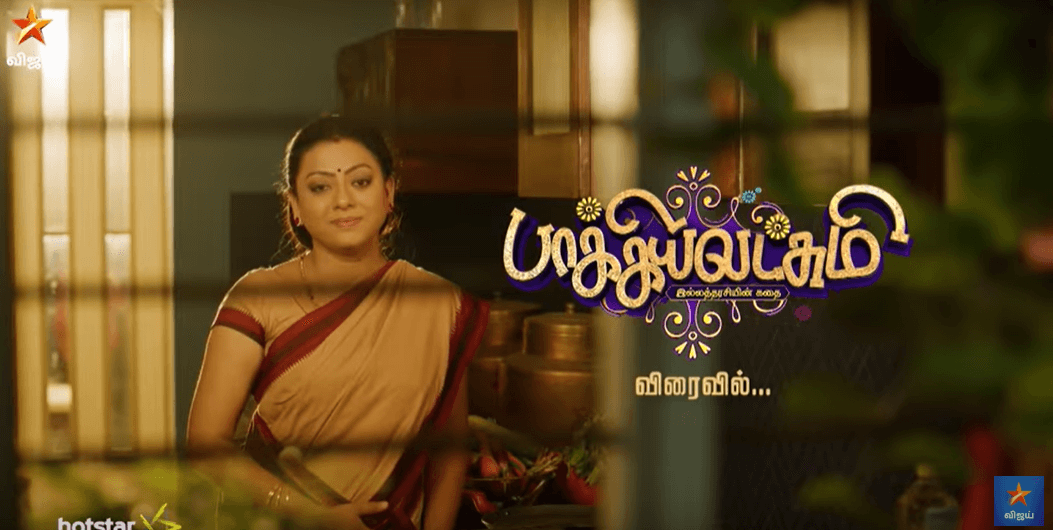 Baakiyalakshmi or Bhagyalakshmi (பாக்கியலட்சுமி) is a Tamil television serial that airs on Star Vijay TV. The family drama is an official remake of Hindi serial Bhagyalakshmi. The Telugu version of the serial titled Intinti Gruhalakshmi stars Kasthuri in the lead role. Bhagyalakshmi Serial (Tamil) features Suchitra, Vishal, Velu Lakshmanan, Nehah Menon in the lead roles. The serial is scheduled for Monday to Saturday at 7:00 PM. Vijay TV’s Baakiyalakshmi serial is being produced by KJ Ganesh under Venus Infotainment banner.

The story written by Leena Gangopadhyay showcases the daily difficulties that a woman facing every second of her life. With increasing awareness, social revolutions and changing times woman have come a long way from being restricted to their household chores and family. They have now reached a stage where they can assert their free will and speak up for their rights.