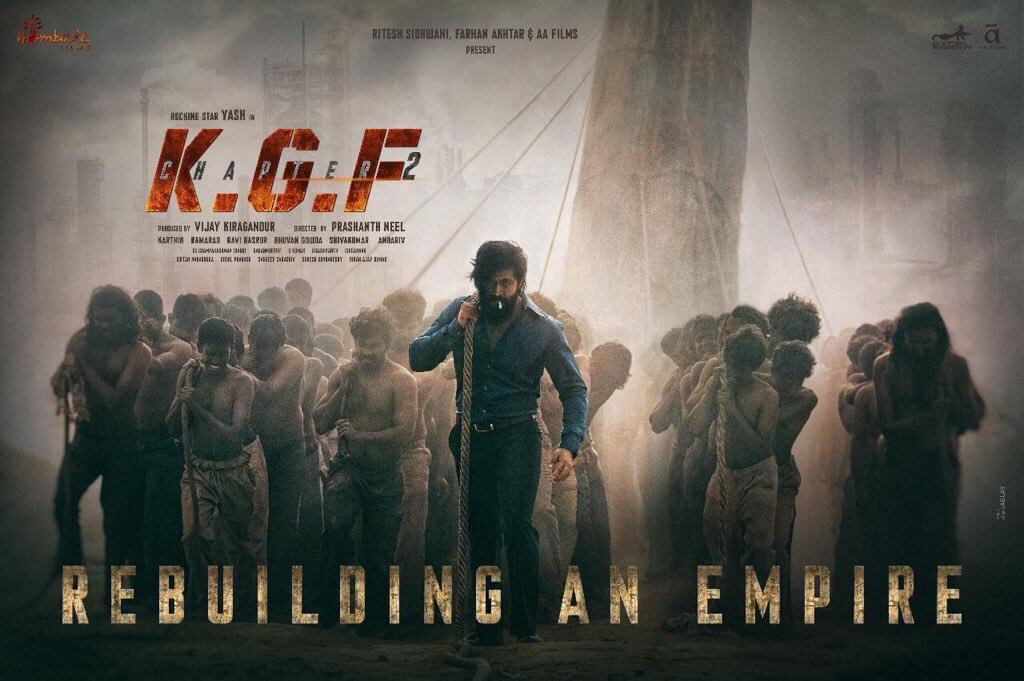 KGF is a period action film written and directed by Prashanth Neel. It is the sequel to the 2018 blockbuster film KGF chapter 1. Produced by Vijay Kiragandur under Hombale Films banner, KGF 2 features Yash, Srinidhi Shetty, Sanjay Dutt in the lead role along with Raveena Tandon, Anant Nag, Achyuth Kumar, Malavika Avinash, and more. Ravi Basrur is the music director of this movie. Bhuvan Gowda and Srikanth are the cinematographer and editor of this movie respectively. KGF 2 will be released in four languages including Tamil, Telugu, Malayalam, and Hindi. It also gets dubbed in Chinese and Japanese. Watch the latest Toofan KGF Chapter 2 Song on T Series and Lahari Music.

After revealing the look of Sanjay Dutt, the makers released the first look poster of the sequel featuring Yash with the tagline Rebuilding an Empire.

In an interview, KGF actor Yash said, “The scale of the presentation is going to be much larger this time. Now that KGF is a recognized brand, we have expectations to live up to. Not that we were any less careful with the first part, but we’re aiming to turn the technical aspects up a notch in the sequel. The script contains a few very complex action sequences for which we might have to get help from foreign technicians.”

Here is the complete cast list of KGF part 2,

Amazon Prime Video has bagged the streaming rights for KGF Chapter 2. The film will be streamed online in multi-audio formats. Stay tuned with NEWSBUGZ.COM to know when to watch KGF Chapter 2 movie online.