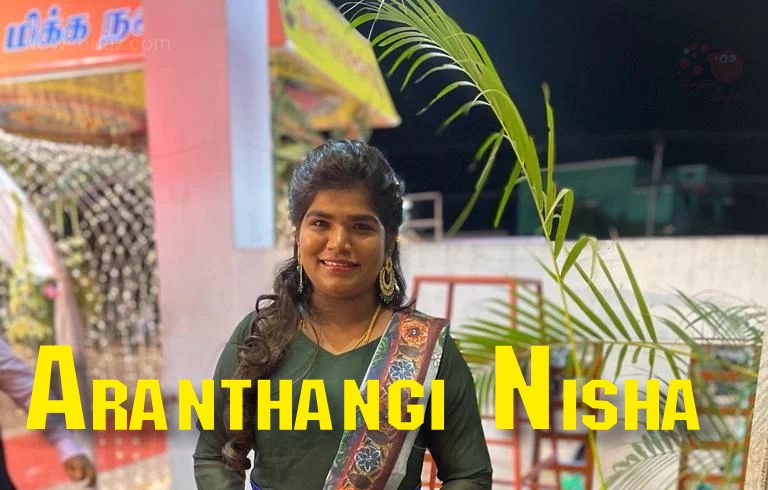 Aranthangi Nisha is an Indian Actress, Standup Comedian, and Television star who become famous for her comedy skills. She had participated in Kalakka Povathu Yaaru Season 5 and bagged the 1st Runner-up title. She made her acting debut in the 2018 Tamil film Kalakalappu 2. Nisha hosted a show Cooku with Comali season 1, alongside Rakshan. She entered Bigg Boss Tamil Season 4 house as a contestant. The show was hosted by Kamal Haasan.

She started her career as a comedy performer and entertained many peoples by doing more than 800 stage performances. Later, she got an opportunity to participate in the most famous comedy show KPY. She joined the Kalakka Povathu Yaaru show as a contestant and started exposing her talent. She partnered with Palani and made everyone laugh. They are one of the best contestants of season 5. She is the only female contestant who bagged the Runner-up title and won the prize money. Currently, she is participating in the KPY Champions reality show. Now she is traveling to various countries to perform on stage. She was featured in Maari 2 along with Dhanush as Sai Pallavi’s friend. She recently appeared in the Bharathi Kannamma serial as a guest character.

Check out the latest photos of KPY Nisha,