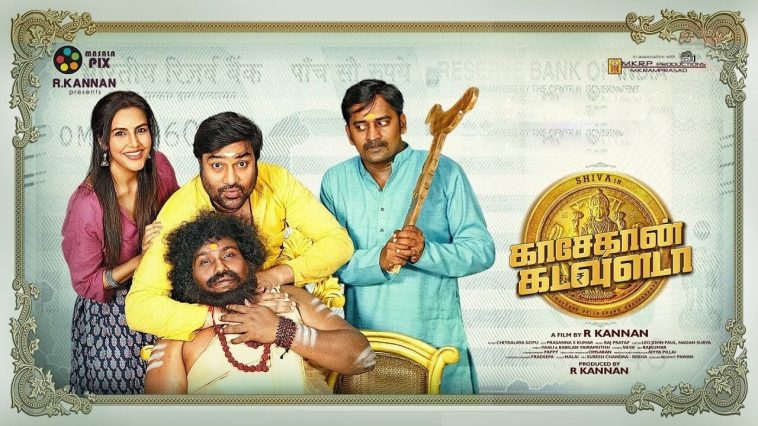 Kasethan Kadavulada is the latest comedy-drama movie starring Shiva and Priya Anand in the lead roles. Kannan directed and produced this film under Masala Pix and MKRP Productions banner. The film cast also includes Yogi Babu, Urvashi, and Karunakaran along with Sivaangi and Pugah of Cooku With Comali fame. Raj Pratap composed the songs and background scores. The film is based on Kasethan Kadavulada (1972) film directed by Chitralaya Gopu. The film will hit theaters on 7 October 2022.

Prasanna Kumar handled the cameras while Nadan Surya worked as the editor. The film is about a guy Ramu and his friends. Ramu’s father was a rich man but his stepmother was cruel and froze all his bank accounts. Ramu along with his friend Babu and his cousin decided to steal money from his stepmother. What happens next is the main plot of the story.

Sun TV acquired the satellite and OTT rights for this movie. The announcement for the OTT release date of the Kaasethaan Kadavulada movie is not announced yet but will be released after 45 days of its theatrical release. Stay tuned to newsbugz to know more details about this movie and when and how to watch it online on Sun NXT.

The songs and music tracks for Kasethan Kadavulada will be released soon.