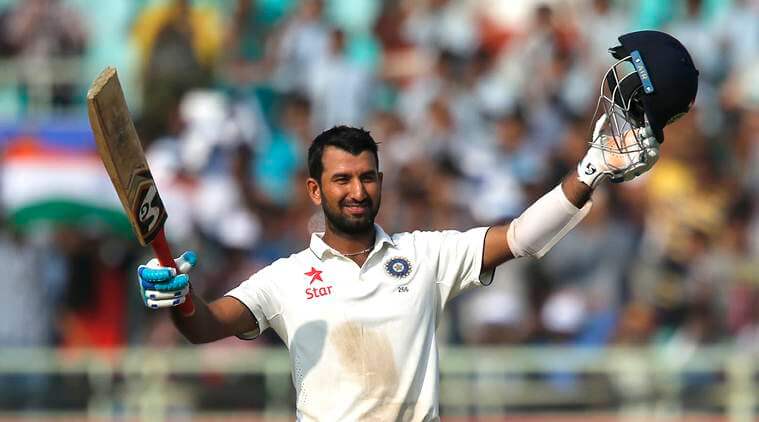 According to the Report, India’s Test ace Cheteshwar Pujara achieved a rare feat and became the third-ever Indian batsman to bat on all five days of a Test match after ML Jaisimha and Ravi Shastri. He achieved this feat when he came in to bat during the Day 5 of the first Test between India vs Sri Lanka underway at Eden Gardens, Kolkata.

The Board Of Control For Cricket In India (BCCI) posted a picture of in-form Saurashtra man Pujara and Shastri on their Twitter page congratulating the former who scored a challenging 52 in the first innings to continue his wave as one of the best in the world in the extended version of the game.

On the first day, Pujara was not out on eight while he scored an unbeaten 39 on Day two and then match had cancelled due to severe weather. He batted on Day 3 and came out to bat towards the end of the last session of Day 4 after Shikhar Dhawan fell six short of his hundred. He was the late batsman with Rahul (73) at stumps on the fourth day.

In the last five innings, the in-form Saurashtra Player had scores of 57, 153, 15, 133, and 8. He played the game with superb technique on a green Eden Gardens top to quell the threat of seam and swing and grind out his 15th Test 50.