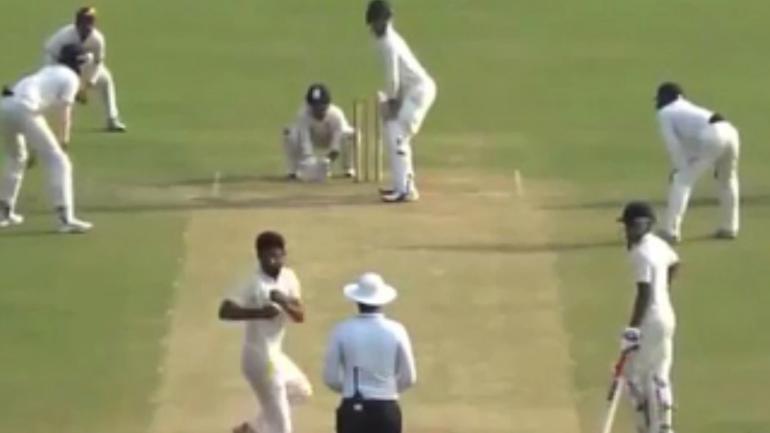 In recent years, cricket has witnessed a lot of changes. The advent of T20 format has introduced various changes in the way cricketers approaching the game. From reverse scoops to helicopter shot, we have seen a batsman adding new and unique shots to their armoury.  If the batsmen have improvised in recent time, their arch nemesis – the bowlers, too have made some of the crucial changes to their bowling to counter the batsman. From spinners to seam bowlers, we have seen the modern-day bowlers are altering their lengths, bowling slower deliveries and beating the opposition with their mystery balls. A similar wizardry came to the fore when the BCCI (Board of Control for Cricket in India) has shared a video. The video, which was shared on the social media, shows an Indian left-arm spinner, Shiva Singh taking a 360-degree spin before releasing the ball in a bid to deceive the batsmen. As soon as Shiva Singh turned while switching the ball from his left to right and back to left hand delivering round the wicket, the umpire declared the delivery as a dead ball, even though the batsman defended seemingly composed.

Weirdo…!! Have a close look..!! pic.twitter.com/jK6ChzyH2T

Related Topics:BCCICricketNBShiva Singh
Up Next