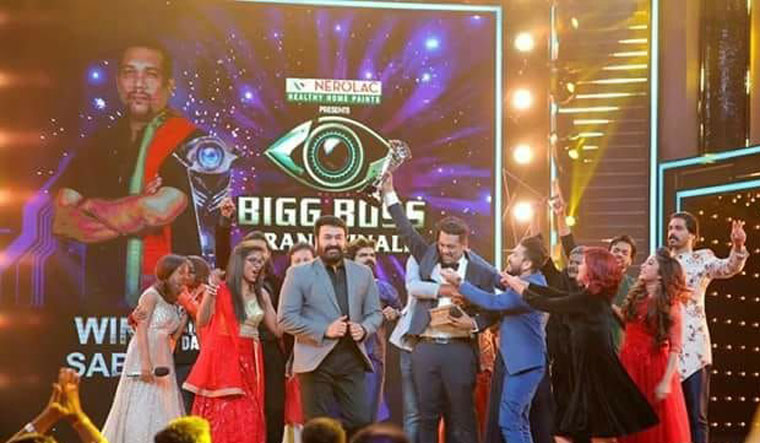 Following the pattern, Bigg Boss Malayalam has a mixed bag of veterans like comedians and popular actors as housemates. As per the big boss rules, there will be a nomination process every week from which three Contestants with maximum votes will be nominated for the Public voting process. The Bigg Boss Malayalam will have celebrities who will be under 24×7 camera surveillance. Every day’s episodes contain the main happenings of the previous day. Every weekend episode mainly focuses on an interview with the evicted contestant by Mohanlal. The viewers can cast their vote for favourite Eviction contestant.

There are three methods that viewers can use to vote for eviction participant; one is a Bigg Boss Malayalam Online Voting and other is by Missed Call Voting and SMS Voting. The Contestants who fail in convincing the audience may eliminate from the show.

How to Bigg Boss Vote Malayalam Online in Google

For your queries on “How to Vote Bigg Boss Malayalam?” below are the answers:

Also, the missed call voting can be done with the Missed Call Numbers provided for each contestant. To vote for your favourite contestant in Bigg Boss, just give a missed call to the below mentioned mobile number. A maximum of 10 calls per number is counted for a week and the calls after that will not be considered for Bigg Boss Vote Malayalam.

Aditi Rai was evicted in the final week of Bigg Boss Malayalam show. Pearle, Sabumon, Suresh, Srinish, and Shiyas are the finalist of the Mohanlal’s show.

Archana Suseelan was evicted from Bigg Boss Malayalam show. Mohanlal asks Archana to come out of the house. Later, Archana shared her experiences in the Bigg Boss house.

On this Sunday, Basheer gets eliminated from Mohanlal-host show. Bigg Boss asks Basheer to give his plants to a friend whom he trusts in the house. He gives the plant to Srinish.

On this Sunday, Anoop gets evicted from Mohanlal’s show. Pearle, Anoop, and Shiyas are in the danger zone but in the end, Anoop gets lesser votes than the other two for his stay in Bigg Boss Malayalam.

On day 63, by winning a task Ranjini achieved immune to be safe in the next nominations but later, she was eliminated on the same day after receiving the lesser votes from the public. Later, she passed on her immune power to Archana.

Bigg Boss Malayalam host Mohanlal informs the contestants that there is no elimination this week also. He also revealed that people in Kerala were not able to vote in the poll due to heavy rain and flood. The Superstar announced that the same nominees will be there in the elimination list.

On Day 49, evicted contestant Hima Shankar enters the house as a wildcard. She was the second contestant who gets evicted from the show and now she was re-entered with a public vote. Hima said that she is fighting a war with the truth, and made it clear that she is a person who is very genuine.

Last Week, Anjali Ameer had left the Mohanlal’s show due to her poor health conditions.

On Sunday’s episode, Mohanlal announced that Diya Sana has been eliminated from the show. The host asked her to come out of the house. She wished everyone and also informed that she would miss them after going out of the house. Diya also told that she had health issues, and should undergo treatment soon.

Shweta evicted from the Mohanlal’s show after facing the public votes. She fails to convince the audience and gets a lesser number of votes than Ranjini.

On this Saturday, Mohanlal announced that “Deepan” has been evicted outside the Bigg Boss House. The result was not expected by the people and there was a big suspense. And this time the eviction process has done quite different, that Deepan has been called to confession room by Bigg Boss and told him to come directly to the stage from the confession room without informing to the other housemates. After a conversation with Deepan, Mohanlal showed him to the housemates that she has been evicted already. Housemates felt shocked and wished him for a great future.

Sreelakshmi, a daughter of legendary actor Jagathy Sreekumar also eliminated from the house.

On Sunday’s episode, Host Mohanlal revealed that Hima Shankar is out of the house, and Sreelakshmi is in. Hima is the second contestant to be evicted from the show. Hima Shankar said that she is fighting a war with the truth, and made it clear that she is a person who is very genuine.

There is no eviction for the second week of Bigg Boss Malayalam Season 1. At the same time, Mohanlal announced the new contestant of the house who came as a replacement for Manoj Varma. Shiyas Kareem, a popular model entered the show on sunday’s episode.

David John is the first contestant who gets eliminated from the Bigg Boss Malayalam season 1. He receives a lesser amount of votes and gets evicted.

The contestants’ list of Bigg Boss Malayalam Season 1 is given below.

Shweta Menon is an Indian Model, Actress, and also a Television Anchor. She mainly appears in the Malayalam and Hindi Movies. She also appeared in some Tamil productions. Shweta Menon began her career as an Actress in Malayalam feature films in the early 1990s, and She also won for her modelling at several beauty pageants, which made her debut in the Bollywood. Her Bollywood film debut is the Ishq (1997). She acclaimed notable attention as the Sultry dancer for the Song ‘Humko Tumse Pyaar Hai.’ Read full bio here: Shweta Menon Wiki

Ranjini Haridas is an Indian Television Actress, Television Presenter, Model, Singer and Radio Jockey who works predominantly in Malayalam films and Television industry. She is one of the most popular anchors of Malayalam television shows. She made her acting debut as a child artist in 1986 film Geetham. Read full Bio here: Ranjini Haridas Wiki

Anoop Chandran is an Indian Actor, who appears in Malayalam films. He mostly appears in the comic roles, he is best known for his roles in Shakespeare M.A. Malayalam, Classmates, and Rasathanthram. Read full bio here: Anoop Chandran Wiki

Basheer Bashi is an Indian Model, DJ, and Television Presenter from Kochi. Basheer Bashi was born on 25 September 1988 in Ernakulam, Kerela, India. He is a well known Facebook celebrity in Kerala. Basheer Bashi is now a contestant in the most controversial show Bigg Boss Malayalam Season1. Check out below full bio here: Basheer Bashi Wiki

Aditi Rai is an Indian Actress who predominantly works in Kannada, Telugu and Malayalam films. She has acted in notable films like Prince (Kannada), 50 (Tamil) and Annyarkku Praveshanamilla (Malayalam). In 2011, Aditi Rai made her acting debut in the Kannada film ‘Prince’ which had Darshan Tugudeep in lead role. Now she is one of the contestants in the big reality show Bigg Boss Malayalam Season 1. Bigg Boss Malayalam Vote Missed Call Number for Aditi Rai is 8367797205. Check out below full bio here: Aditi Rai Wiki.

Aristo Suresh is an Indian singer, Actor and Lyricist, who mainly works in Malayalam Cinema. He made his acting debut in the 2016 Malayalam film Action Hero Biju, which was directed by Abrid Shine. Bigg Boss Malayalam Vote Missed Call Number for Aristo Suresh is 8367797211. Check out below full bio here: Aristo Suresh Wiki.

Deepan Murali is an Indian actor, who works in Malayalam television industry. Moreover, he is one of the popular television actors, he appeared in some of the most popular television serials like Nirakoottu, Ival Yamuna, Parinayam and Sthreedhanam. He is not only an actor he also featured as a beautiful anchor. Check out below full bio here: Deepan Murali Wiki.

Hima Shankar is also known as Hima Shankar Sheematty, is an Indian Actress, who appears in Malayalam films and short films. She has also directed and performed in many of the theatrical works. Hima Shankar began her career as a theatre artist and then she moved on to the Malayalam Film Industry. Bigg Boss Malayalam Vote Missed Call Number for Hima Shankar is 8367797207. Check out below full bio here: Hima Shankar Wiki

Manoj Varma is an actor and Businessman. Manoj hails from Bangalore. He says, “I want to prove that I am a winner and not a loser,” before entering the Bigg Boss House. He is the 11th contestant of the Bigg Bos Malayalam Season 1. Manoj also plays cricket and has acted in a few Kannada films too. Check out below full bio here: Manoj Varma Wiki

Sabumon Abdusamad is an actor and TV anchor who predominantly works in Malayalam industry. He got huge fame from the TV show ‘Tharikida’ from which he was also called Tharikida Sabu. Sabumon has acted in films like Nakshatra Kannulla Rajakumaran, Fireman, Acha Dhin, Double Barrel. Sabumon has interests in Mono Act, Mime, Skit and Drama and has participated in various shows in his childhood. He is the 14th contestant of the Bigg Boss Malayalam Season 1. Check out full bio here: Sabumon Abdusamad Wiki.

Shiyas Kareem is an Indian model who has walked the ramp for top designers from India and abroad. He was one of the top five finalists at the International Mr Grand Sea World 2018 competition held in Bulgaria. Shiyas was selected in the top five along with contestants from Brazil, Bulgaria, Sri Lanka, and Iraq. He also participated to win two sub-titles like ‘Mr. Photo Model 2018’ and ‘Popularity Model 2018’. Check out full bio here: Shiyas Kareem

Anjali Ameer is an Indian Artist and Model, who known for her work in Malayalam and Tamil film industry. She was born on 1995 in Thamarassery, Kozhikode. She made her acting debut in the Tamil film “Peranbu” along with Mammootty. She also acted with well-known actors like Suraj Venjaramood, Kaniha, Sadhana and Anjali. Check out full bio here: Anjali Ameer Wiki.