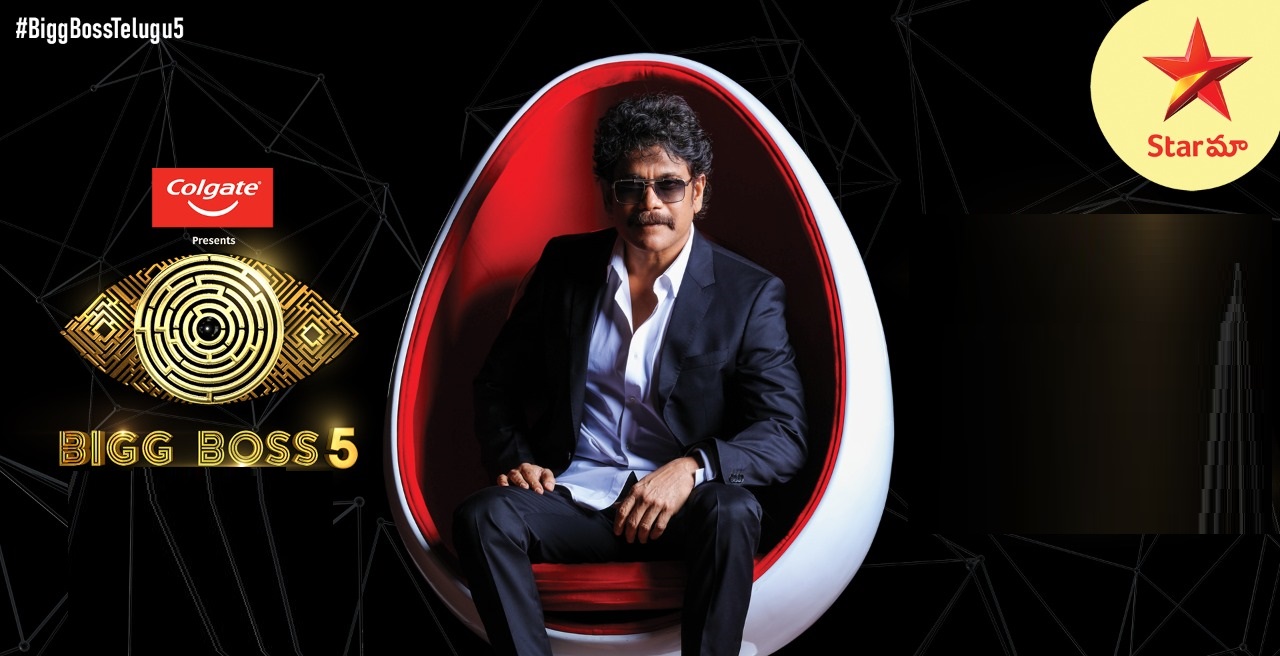 Watch Bigg Boss Telugu Season 5 Online: The most awaited Bigg Boss Telugu 5 started premiering on 05 September 2021 on Sunday. The show airs only on Star Maa Television on weekdays at 9.30 PM and on weekends at 9.00 PM. Hosted by King Akkineni Nagarjuna, the show features 19 contestants inside a house involving various tasks and eliminations based on the voting process like the previous seasons.

Viewers can cast votes to save their favorite contestants. Watch the below space for Bigg Boss Telugu Vote Season 5, Contestant Details, Eliminations Details, and results.

On World Television, Bigg Boss is one of the most viewed popular shows. Endemol in the Netherlands had first developed this game show. Bigg Boss is the Indian version of the international series Big Brother.

Disclaimer: The below poll is not official and it won’t affect the official public voting. This Bigg Boss Telugu Voting Poll is completely to know who is people’s favorite. Bigg Boss Telugu 5 Week 1 Nominations List.

Here is the complete list of Bigg Boss Telugu 5 contestants and their status.

Viewers can save their favorite Bigg Boss contestants by casting their votes online. Bigg Boss Telugu Fans have to search “Star Maa Bigg Boss Telugu Voting” on Google and this time the makers have also set the poll on Hotstar. So people can also vote online through the Hotstar app. The 2nd season of Bigg Boss Telugu invited common people for the first time into the decorative house and it is expected same for the upcoming season.

In the Bigg Boss show, the housemates nominate a participant at the beginning of the week for the eviction process. The Bigg Boss Telugu Season 5 promises to be even more entertaining and exciting than the previous seasons. Bigg Boss Telugu Vote 2019, Bigg Boss Vote Telugu can also be used as a voting keyword in Google.

Bigg Boss Telugu Online Voting Method: There are two methods by which the viewers can cast votes for their favorite participant one is a Bigg Boss Online Voting and the other is by Missed Call Voting. The Contestants who fail in convincing the audience may eliminate from the show.

For your queries on “How to Vote for Bigg Boss Telugu?” below are the answers:

Telugu Bigg Boss 5 Vote: Voting by Missed Call is pretty simple. The call numbers will be provided for each contestant. You can vote for your favorite contestant by giving a missed call to the number that is mentioned below. A maximum of 10 calls per number is counted for a week and the calls after that will not be considered for voting.

Once the contestant list is out, A dedicated number will be assigned for each contestant.

In the Hotstar website or application, you will see the Vote button below the latest video when the Bigg Boss Telugu show is being telecasted. With that feature, you can vote to save your favourite Bigg Boss contestant in the Hotstar Web or Hotstar App.

The Bigg Boss Telugu Vote Result of the elimination process will be announced during the weekend of the show by the host Nagarjuna Akkineni. The result announcement is directly told to the Bigg Boss contestants by the host through the video, fondly called as Mana TV by the Nagarjuna. After the result has been announced, the person who receives lesser votes will be sent out.

In the final week of Bigg Boss, the channel Star Maa Television will display the live vote count of individual contestants. The Bigg Boss Telugu vote counts will be clearly shown in intervals in Star Maa channel at the bottom of the screen.

The Bigg Boss Vote Telugu Result of the elimination process will be announced during the weekend of the show by the host Akkineni Nagarjuna. The result announcement is directly told to the Bigg Boss contestants by the host through the video. After the result has been announced, the person who receives lesser votes have to come out of the decorative house. Check out here for all the information like Bigg Boss Vote Telugu Season 5, Bigg Boss Telugu 5 Eliminations, and Bigg Boss Telugu Vote Count.

Siva Balaji emerged as the Winner of Star Maa Bigg Boss Telugu Season 1, hosted by none other than Jr NTR. He has been loved by the audience as a host and announced the winner on the basis of the votes the contestant received in the grand finale of Season 1.

Abijeet bags the trophy of Bigg Boss Telugu season 4 title and wins a whopping cash prize of Rs 50 Lakhs. Akhil is the runner-up of the show while Sohel walks out with Rs 25 Lakh rupees offered by host Nagarjuna.

A complete list of Bigg Boss Telugu rules and regulations is given below.