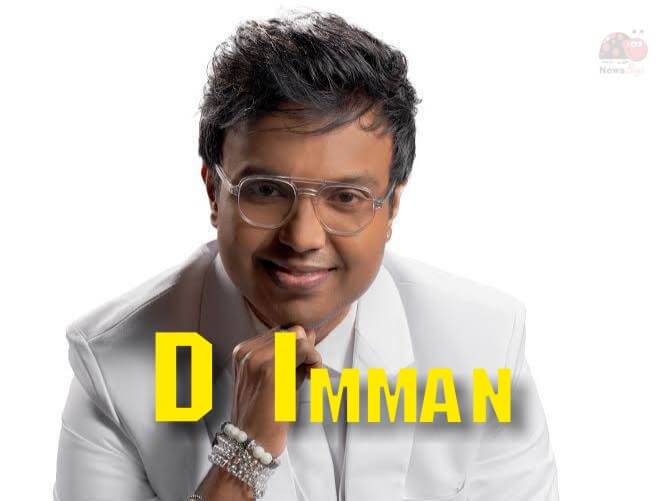 D Imman is an Indian Film Composer and a singer who works mainly in the Tamil Film Industry. He made his debut by composing for the movie “Thamizhan” in the year 2002. Since then Imman has composed music for more than 100 films. His works have been released in almost all languages like Hindi, Telugu, Malayalam, Kannada, Marathi, and much more. Recently, D Imman got hitched to Amali, the daughter of late art director Uballd. It is a second marriage for the music director. His first wife Monica Richard got separated in November 2020.

Imman started playing music at a very early age. At the age of 15, he worked as an apprentice under music composers Adithyan and Mahesh Mahadevan by playing keyboards. He started his career as a music director through television serials. Technically his first film was Kaadhale Swasam which had a grand audio release but due to some problems, the movie didn’t release in theatre. His first movie to go on screen was Thamizhan in the year 2002.

After years of hard work, Imman got positive reviews for his music in the movie Mynaa which made him collaborate with Prabhu Solomon in his other movies like Kumki and Kayal which is also a success. D Imman is now one of the top music directors in the Tamil Cine Industry.

D Imman charged a lawsuit against his ex-wife for illegally applying for a new passport for their children, by concealing the fact that he already has their original passports. He petitioned the Chennai High Court to have the new passports revoked. Manica and Zonal, two passport officials, have been summoned to court for the next hearing on June 9.

Check out the recent pictures of D Imman,