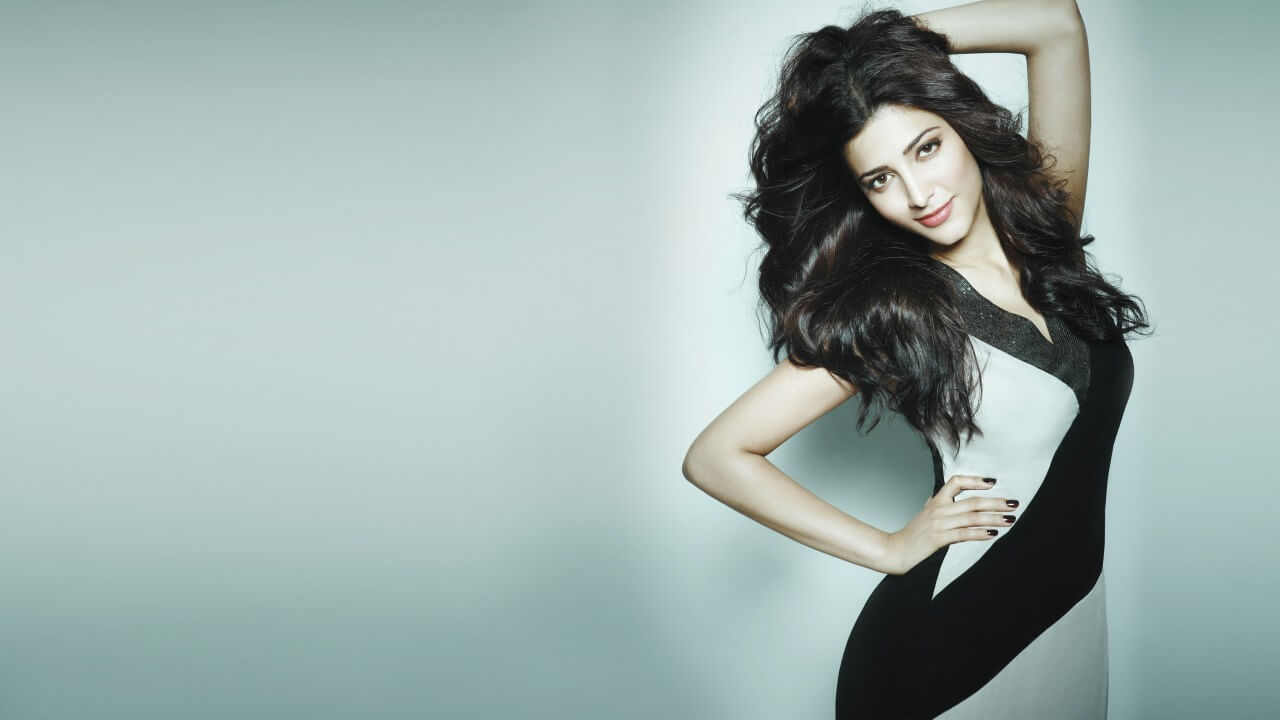 Shruti Haasan is an Indian Film Actress and Singer works predominantly in Hindi, Tamil and Telugu Movies. She was born to a veteran actor’s Kamal Haasan and Sarika Thakur. Throughout her career, she received three Filmfare Awards and went onto establish herself as one of the leading actresses in Indian Cinema. Check below for Shruti Haasan Wiki, Biography, Filmography, Age, Movies, Images and much more.

Shruti Haasan was born to actors Kamal Haasan and Sarika Thakur on January 28, 1986, in Chennai. Akshara Haasan, her younger sister is also an Indian actress. Shruti Haasan completed her schoolings at Lady Andal Venkatasubba Rao School in Chennai. After finishing the schoolings, she went to St. Andrew’s College, Mumbai to study Psychology. She went to the US to learn music at the Musicians Institute in California. First, she appeared in a 2009 Bollywood Thriller Movie named “Luck.” Then she was praised for her role in Telugu films Anaganaga O Dheerudu (2011), Oh My Friend (2011), and in Tamil film 7aum Arivu (2011). Then she established herself as one of the leading actresses in South Indian Cinema with the cinema’s like Gabbar Singh (2012), Vedalam (2015), Srimanthudu (2015) and Singam 3 (2017). She also appeared in Hindi films like Ramaiya Vastavaiya (2013), Gabbar Is Back (2015) and Welcome Back (2015). Alongside acting, she also continued her stint in music as a playback singer in Indian Languages. Shruti Haasan began her career as a music director with her father’s production “Unnaipol Oruvan” and had her own music band and album.

The couple Micheal Corsale and Shruti Haasan had been in a relationship for almost 18 months. They celebrated the Christmas 2018 and New Year 2019 together. There had been rumours about their marriage but unfortunately, on April 26, 2019, Micheal Corsale took to his Twitter and Instagram that they have decided to part their ways. He wrote, “Life has just kept us on opposite sides of the globe unfortunately and so we have to walk solo paths it seems. But this young lady will always be my best mate. So grateful to always have her as a friend. Luv ya gal“.