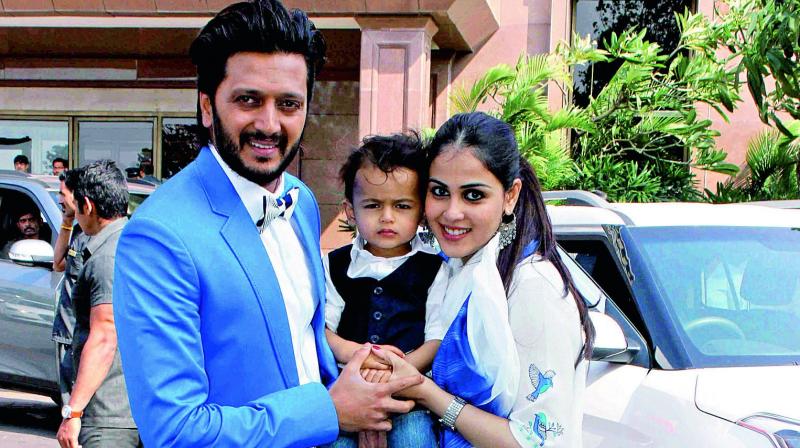 Riaan Deshmukh is an Indian celebrity child born to Bollywood’s cutest superstars Ritesh Deshmukh and Genelia D’Souza. The couple tied the knot in 2012 in a Marathi marriage tradition and in a Roman Catholic ceremony. Riaan Deshmukh was born on 25 November 2014. He has a younger brother named Rahyl Deshmukh. Riaan makes everyone fall in love with his cuteness and people go crazy over his cute pictures. His mom and dad are both quite active on social media and keep sharing Riaan’s charming pictures. Ritesh Deshmukh is spending quality time with his two cute sons Riaan and Rahyl. Check out below for Riaan Deshmukh Wiki, Biography, Age, Family, Images, and More.