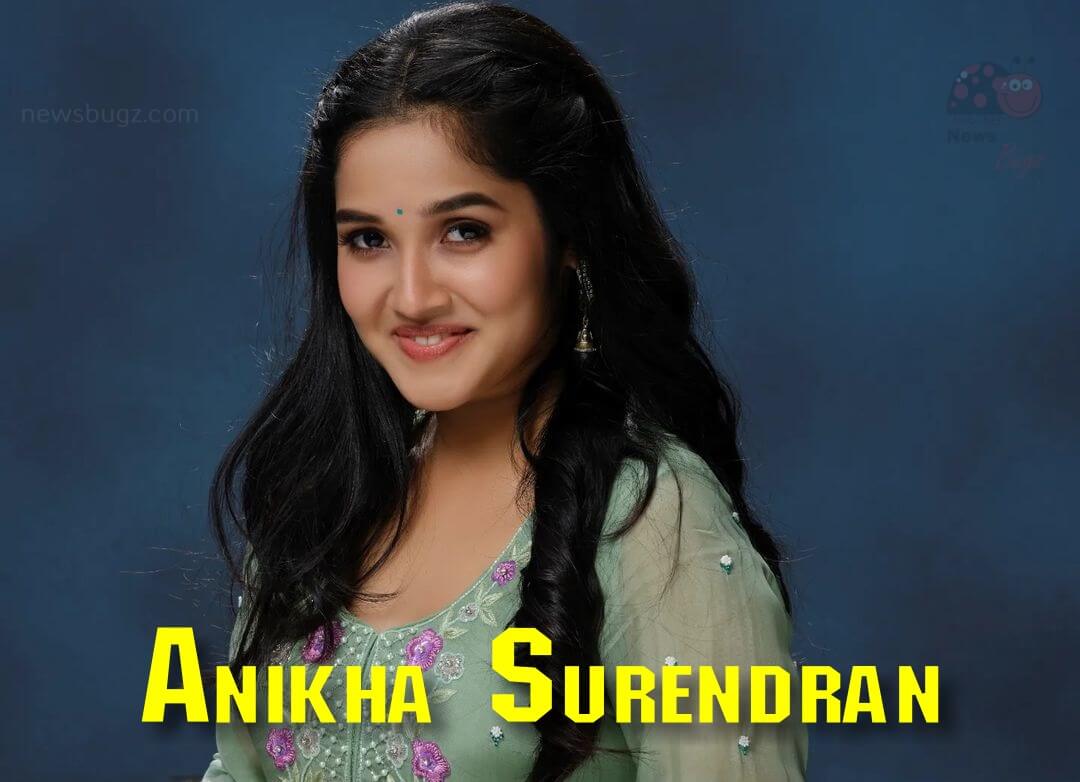 Anikha Surendran is an Indian child actress who is known for her work in the Malayalam and Tamil film industry. In 2010, She made her acting debut in the Malayalam film Katha Thudarunnu. Anikha made her Tamil debut in Gautam Vasudev Menon’s Yennai Arinthaal in 2015 alongside Ajith Kumar. She also received the Kerala State Film Award for Best Child Artist in 2013 for the role of Sethulakshmi in Anchu Sundarikal. She played a crucial role in Ajith’s Viswasam Tamil movie. She played a prominent role in The Ghost movie starring Akkineni Nagarjuna in the lead role.

She began acting at the age of one and a half, playing a part in the Mohanlal starrer film Chotta Mumbai. While studying in class 2, Anikha played a prominent role in the hit film Katha Thudarunnu directed by Sathyan Anthikad in the year 2010.

She later went on to act in other major films like Race, Bavuttiyude Namathil, 5 Sundarikal, Nayana, Onnum Mindathe Neelakasham Pachakadal Chuvanna Bhoomi, Onnum Mindathe, Bhaskar The Rascal The Great Father. She came to the limelight after playing the role of a young and smart kid in the super hit movie Bhaskar The Rascal in 2015. She is a familiar face to the Malayali audience and has played pivotal roles.

She made her acting debut in the Tamil film industry and gained popularity in Gautam Vasudev Menon’s Yennai Arinthaal in 2015 alongside Ajith Kumar. She then acted in the Tamil black comedy film Naanum Rowdydhaan. In 2016, she played a significant role in the bilingual Zombie Horror Comedy Romantic film Miruthan. And now she is acting in the film Maa under Ondraga Entertainment Gautam Vasudev Menon.

Take a look at the latest photos of Baby Anikha,