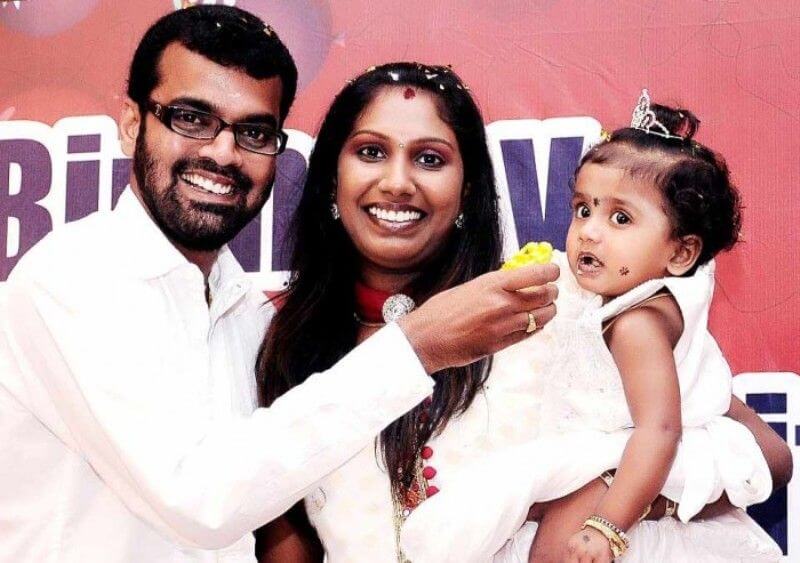 Poshika Balaji is the daughter of Tamil comedian Thadi Balaji. Poshika was born to Dhadi Balaji and his wife Nithya who were the contestants of the Bigg Boss Tamil Season 2. The couple had a few controversies and are currently separated. Poshika is now living with her mom Nithya. Poshika loves the actor Sivakarthikeyan very much. Poshika is a cute little girl and her parents should consider her future and lead a happy life as a family.

Dhadi Balaji and Nithya were seen dancing in the dance reality show Jodi number 1 which is aired on Star Vijay TV. The couple had a fight on the shooting sets itself. Only after their presence on stage, did Nithya become popular. After the reality show, the couple started facing many controversies. Nithya leaked a few videos to the media in which Balaji was seen so rude to Nithya and even with the kid Poshika. Nithya revealed a few bad incidents she has had with Balaji. He also released a picture of a person saying that Nithya had an affair with that person. After which Nithya applied for divorce from Balaji but he is not interested because he loves his daughter Poshika a lot. The couple had gone to court several times and now they are living separately.

Balaji filed an application to Tamil Nadu Commission for the Protection of Child Rights. Balaji has indicated that he is not worried about the well-being of his ex-wife Nithya and that she is free to live her life as she wishes. According to Balaji, Nithya allows their daughter to use social media to the full extent. As a result, her grades have suffered, and he is concerned about her future. So Balaji petitioned the Tamil Nadu Commission for custody of his daughter Poshika.