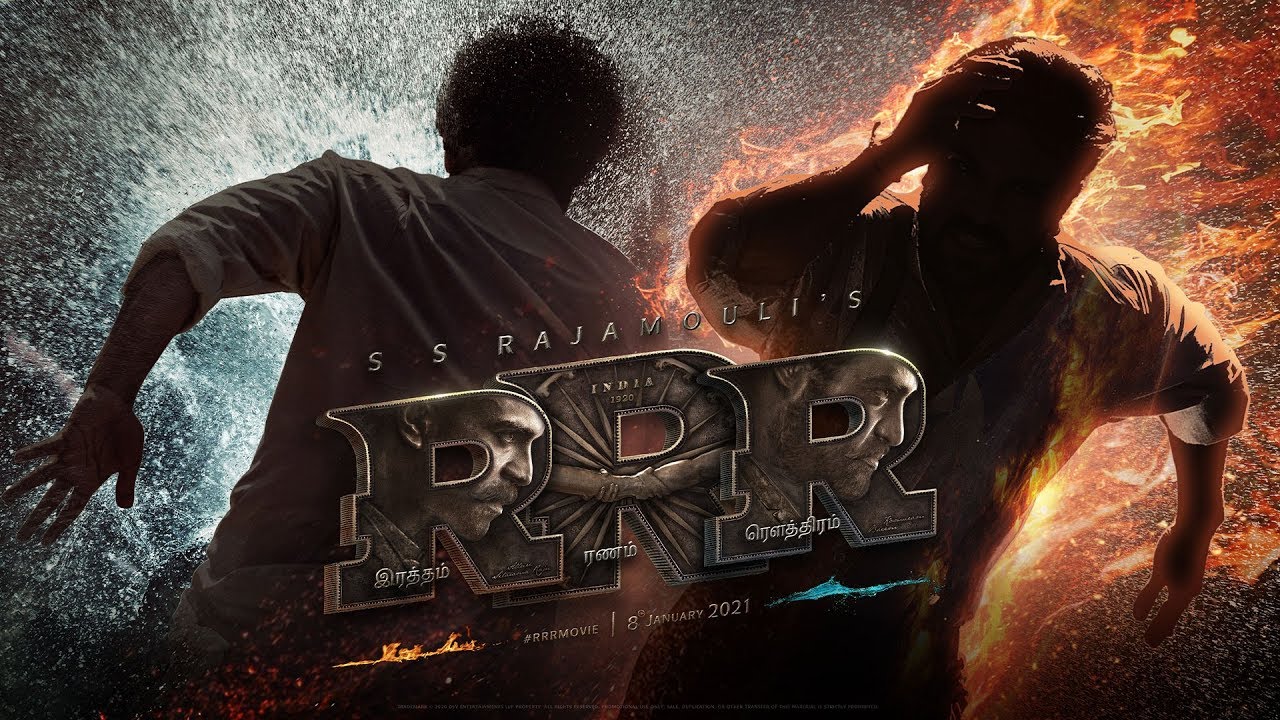 Ratham Ranam Rowthiram movie has dialogues by Madhan Karky in Tamil with music composed by Maragathamani. Roudram Ranam Rudhiram is the Telugu title for RRR and Rise Roar Revolt (RRR) is the title for Hindi.

The film is based on two legendary freedom fighters Alluri Seetharamaraju and Komaram Bheem. Set back in the 1920’s, the movie unveils both of them away from home (in Delhi) before they started fighting for the country.