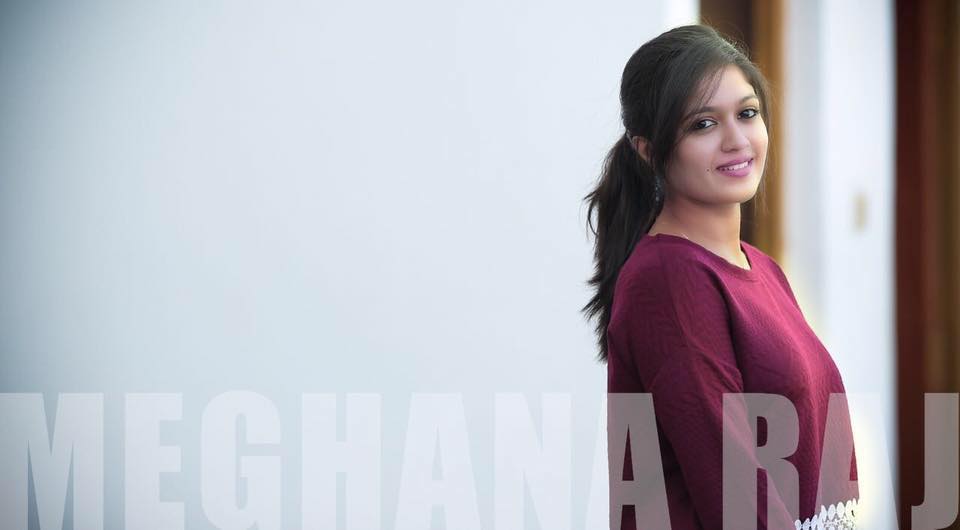 Meghana Sunder Raj is an Indian film actress who known for her work in Malayalam, Kannada, Tamil and Telugu films. She made her acting debut in the 2009 Telugu film Bendu Apparao R.M.P. She got engaged to fellow Kannada actor and childhood friend Chiranjeevi Sarja on 22 December 2017. Check out below for Meghana Raj Wiki, Biography, Age, Movies List, Images, and More.

Meghana Raj was born on 3 May 1990 in Bangalore, Karnataka, India. She is the only daughter of popular actors Sundar Raj and Pramila Joshai. Her father Sundar Raj has acted in more than 180 Kannada films while her mother Pramila Joshai is a noted Kannada film actress and film producer. Meghana completed her schooling from Baldwin Girls’ High School and was graduated in psychology at Christ University, Bangalore.

She started her acting career as a theatre artist, when she was a child, acting alongside her father Sunder Raj in the play Jokumaraswamy. She made her first lead role in the Tamil film Krishnaleelai, a Balachander production, directed by Selvan. However, the film was delayed to get released. She then made her feature film debut with the Telugu film Bendu Apparao R.M.P. The film successful at the box office. She debuted in the Kannada films by enacting the female lead role in Punda, a remake of the 2007 Tamil film Polladhavan. She was recently chosen to portray princess Bhanumati in the Kannada magnum opus Kurukshetra.