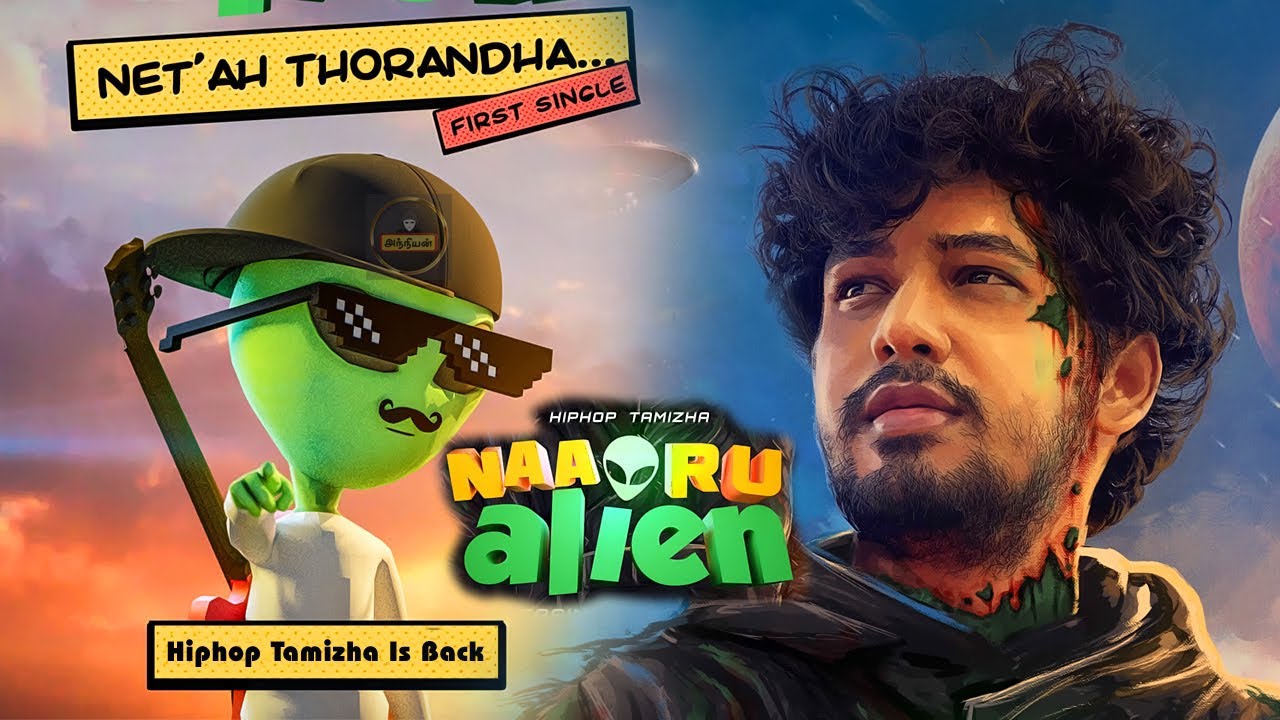 Naa Oru Alien is the first single from Hip Hop Tamizha‘s Net Ah Thorandha album. The first song was released on 6 August 2020 by Think Music India label. The album has six songs totally which is scheduled to release on August 15, 2020 (Independence Day). Going through the first song, the video showcases Hollywood franchise Avengers with colorful animations. Lyrics written by Hip Hop Adhi, the song tells about humanity with a request to stay united. There are also references to the novel coronavirus that appears as an evil figure in the song.