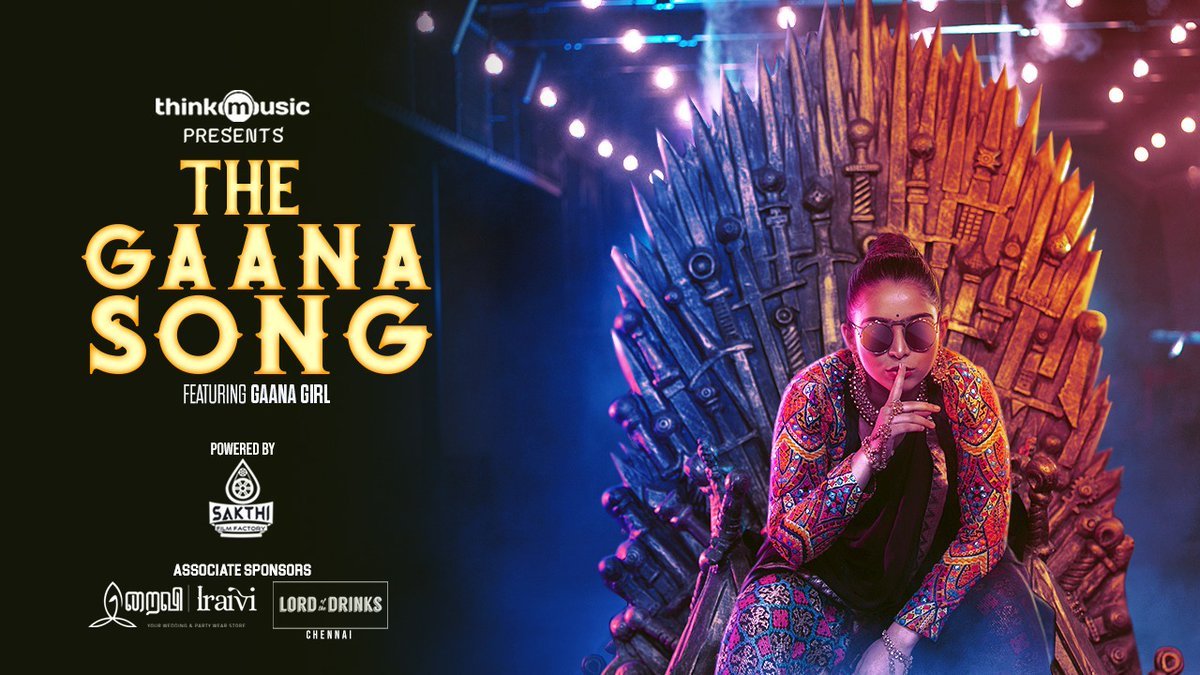 Think Music India’s First Indie The Gaana Song featuring Gaana Girl Sivatmikha is out now. The album was jointly made by Shakthi Film Factory, Iraivi and Lord of the Drinks. The 21-year-old Sivatmikha is one of the youngest music directors who had worked in movie titled Antony. The Coimbatore based singer is a alumini of AR Rahman’s academy, KM Conservatory in Chennai. She had composed almost all kinds of albums with mix of folk, classical, jazz, and rock music.

Recently, her latest release The Gaana Girl’s teaser was released by the makers and creates a huge buzz on social media. Seems to be peppy, the song had became a huge hit and reached all the nooks and corners. Catch The Gaana Song video below,

Sivatmikha says she wants to be a change-maker.“While in class XI, I was chucked out of the school as I performed miserably in academics. My parents, Rajesh and Sangeetha Rajesh, were hurt. But, they stood by me. This is an achievement for me. It also makes me proud that I am able to break stereotypes in the film industry. It’s always men who have a track record as successful music directors. I want to change that.”

“I have millions of tunes in my head. It’s like a magic moment. I hope it stay that way, always. ‘Thalaraathey…’ the song from Antony reflects my state of mind.”